Home » Woman Arrested After She Allegedly Spanks A Stranger’s Child 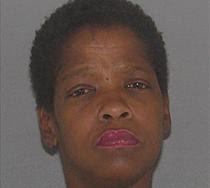 A Cincinnati woman was arrested on Tuesday after she allegedly put a stranger’s toddler son over her knee and spanked him three times inside a store.

In a court appearance yesterday, the accused, Gloria Ballard, asked for a public defender and plead not guilty to her assault charge. She was also ordered to stay away from 2-year-old Sean Goode and his mother, Donnay Jones.

Outside court, the boys mom and the accused each told two different stories. Ms. Ballard denied any wrongdoing and said she gave the boy a hug and gently patted his backside because he was upset, while Donnay Jones claimed her son got spanked after Ballard told her she should make him behave.

“She was basically trying to tell me what to do with my son,” Jones told WLWT-TV. She told Ballard she would handle her own business and son. Then, she said, Ballard took Sean from her and spanked him, causing him to cry.

“I was shocked,” Jones told WCPO-TV on Wednesday.

Ballard, 43, faces a charge that carries a maximum sentence of six months in jail and a $1,000 fine. She said she is a mother and grandmother who was just trying to help.

“And I got this,” Ballard said, while holding a paper that described the charge.

I guess a judge will have to pick through both of these claims. This is the second time in just a couple weeks a stranger has been accused of punishing a stranger’s child.