Home » Woman Forced to Deliver Her Own Baby in a Hospital 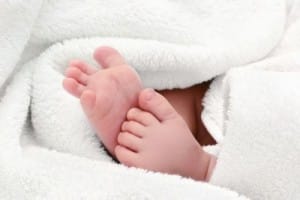 Despite being in a hospital one expectant mom was left to deliver her baby on her own in Sydney Wednesday morning.

According to Australia’s Channel 9, the would-be mom Christie Jones arrived at Blackdown Hospital on Tuesday morning and was admitted in a birthing suite.

The hospital staff however asked her to leave by the afternoon, saying that there was still time.

“They tried to send her home about lunchtime telling her she wasn’t anywhere close to having a baby,” Channel 9 reporter Amelia Ballinger said. “She was in a lot of pain, she didn’t want to leave … in the end they moved her up to a maternity ward, which is not where you need to be if you’re going to have a baby.”

Christie’s family and friends came to visit but were also asked to leave the hospital at 11.00 pm when visiting hours were over.  Thankfully she was in the maternity suite with two other patients when her labour started to progress.

“At about 2.15am the next morning, entirely on her own, she’s delivered her own baby,” the media reported.

The baby girl was born face down and it was the other two women in the room who helped the new mom with the delivery. One of them held the baby and helped her breathe. They also called for help from the hospital staff.

Christie was also forced to take a pain reliever from her own purse when the labour pains became too much but was ignored by the hospital.

“She’s completely traumatized by what has happened to her,” Amelia revealed.”I don’t think anyone expects childbirth to be easy but this is certainly a really, really bad experience.

“It’s a little girl and she’s good despite everything that’s happened with her arrival.”

What is stranger is that the nursing station was just 20 steps from Christie’s bed.