Home » Mom Gives Birth On Sidewalk Outside of Department Store

It was likely not in her birth plan, but is now a great story to tell after a mom went into labor right outside a department store and gave birth to a baby girl as shopkeepers and staff looked on in disbelief. 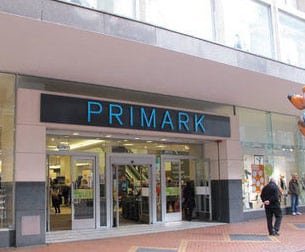 It was early afternoon when a woman, who was doing some last minute shopping, emerged from the Primark store on New Street in Birmingham in labour.

One onlooker believed that the woman was on her own.

“She seemed to be by herself and there were no medics there. She can’t have been there very long as I didn’t see her when we went in. It must have literally just whooshed out because someone had just placed the baby on her chest and everyone cheered.”

The mom’s labour reportedly lasted only 10 minutes and the baby arrived before paramedics could reach the store.   Sisters Melissa Sheffield, 27, and Kelly Ryder, 29 were outside of the store when they spotted the mom walking out of the store looking hot and flustered.  Upon closer inspection they could see the outline of the baby’s head in the mom’s leggings and tried to move her to an alleyway to assist with the baby’s arrival.  But it was too late.

‘Kelly saw the shape of the baby’s head in her leggings – the baby had already started to come out,” Melissa told the DailyMail.co.uk

‘Kelly shouted “The baby’s head – someone needs to grab the baby”. I grabbed the head in the mum’s leggings and the others laid the woman down on the floor.

‘Then Kelly and I tried to rip the leggings down. That was when I saw and held the baby’s head properly for the first time.

‘She was so beautiful and crying. After the baby came out the mum was lying there saying: “Oh my god it’s a girl”.

Despite what passersby thought – she had another child with her!

‘We heard her tell a girl in the pushchair that this was her little sister,’ Melissa recalled.

“A call came into us at 13:56 to say there was a woman in labour on New Street. Thankfully an off-duty doctor happened to be there at the time who stepped in to help. We sent two ambulances and a rapid response vehicle.”

A surprised onlooker Twitter user @Rajjohal7 who took the pictures on the street later tweeted,

“We were walking past just as they cut the cord. The roar from all the people standing there was amazing when they heard the baby cry for the first time.”

The ambulance staff informed that the baby and mother were doing fine.

“The baby girl is doing ok and both mother and baby were taken to Birmingham City Hospital.”

This isn’t the first time Primark staff has been part of a delivery.  In January they provided towels and a curtained off an area for a mom who welcomed a baby at Intu Lakeside shopping center in Essex.