At the tender age of 14 Faye Wilkins got some shocking news. This young girl had been experiencing severe internal pain during puberty, and when the problem persisted her mother took her to the doctor. All of Faye’s friends had already gotten their periods but Faye merely suffered from extreme cramps. The examination and diagnosis blindsided her.

Faye was born with two sets of reproductive organs – two vaginas, two cervixes and two separate uteruses. Doctors told the girl and her family that there was little chance she would ever be able to have a baby. 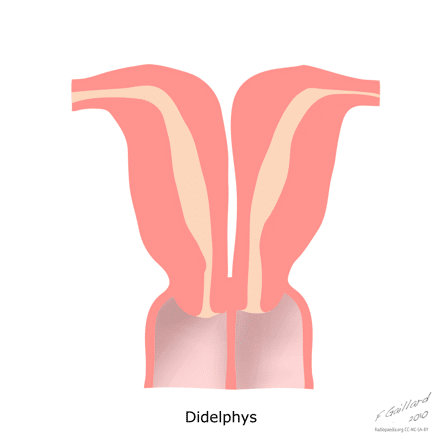 Wilkins was understandably stunned because nothing appeared amiss externally – the differences were only internal. And things soon got worse for her when just eight months after that diagnosis one of her uteruses ruptured.

That pain was agonizing and there was a scary amount of blood. Rushed to the hospital, Faye was diagnosed with UD, a condition that had caused a blockage and allowed menstrual blood to build up to an alarming level. The doctors decided the best option was surgery that would combine the girl’s two vaginas into one. While the operation was deemed a success, physicians again warned that she would probably never be able to conceive a child because her reproductive organs were half of the normal size and implantation would be difficult if not impossible.

Wilkins grew up with a dream of having children, but as a woman was met with loss after loss, suffering through six miscarriages presumably due to the lack of adequate room for a fetus to grow. But finally, Faye’s miracle happened and she successfully gave birth: to Molly, now age 7 and to George, age 2.

Her babies grew in separate wombs, Molly in the right and George in the left. With Molly the 12th week of pregnancy was a milestone, and Faye chose to have a surgical procedure called a cerclage that stitches the uterus closed to help prevent a premature birth. When the womb is split in half and thus smaller than normal size, it’s weaker too. The procedure helps the woman hold on to the baby longer.

Molly was born via c-section seven weeks and two days early, but she was a healthy baby.

When Faye became pregnant again five years later, that new happiness was clouded with worry since she was aware of her odds for miscarriage. Doctors gave her steroids to help the baby’s lung development – a preventative measure in case the baby came early. Little George arrived seven weeks before his due date, but he is now healthy.

Faye Wilkins has always been upfront about her condition to those that she is closest to, but she insists she’s like “any other woman” and is thrilled that her years of struggle are over. She’s a mother, and that once seemed like an impossible dream.