Home » Women with Eating Disorders may take Longer to Conceive 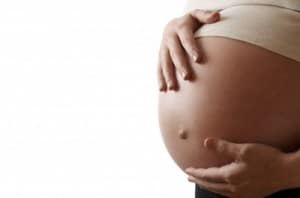 A new study by UK researchers shows that women with eating disorders such as bulimia and anorexia might take a little bit longer to conceive than other women. They also found that a high percentage of pregnancies are unplanned for some of these women.

For the study the team asked 11,088 women between 12 and 18 weeks of pregnancy to fill a questionnaire. They found that 171 women had anorexia, 199 had bulimia and another 82 had both conditions in some point in their lives.  Compared to other women a large percent of these women took more than six months to conceive.

The researchers further found that women with anorexia or bulimia were more than twice as likely to have received treatment with 6.7 percent needing assistance to get pregnant as opposed to 2.7 percent of other women.

“This research highlights that there are risks to fertility associated with eating disorders. However, the high rates of unplanned pregnancies in women with a history of anorexia suggest that women may be underestimating their chances of conceiving,”

The researcher added that before these women take help for conceiving they should get treatment for their disorders and get a healthier lifestyle.

The study is soon to be published in the journal BJOG: An International Journal of Obstetrics and Gynecology.