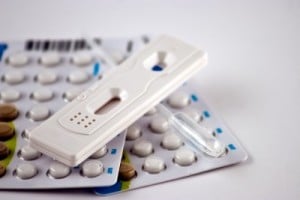 A new study done by researchers in California suggests that women with a long time supply of oral contraceptive pills have a lower rate of unwanted pregnancies and abortions than women who take one or two packs at a time.

The researchers studied more than 84,000 women in California in 2006. Some of these women were part of a family planning program whose clinics allowed them to take a year’s supply of the pills.


Overall the researchers found that the chances of unwanted pregnancy dropped by 30 percent and abortions by 40 percent if the women were given an year’s supply of the pills. The researchers also found that if the group of women with shorter supply of pills could have been given a longer supply, they could have saved 1300 pregnancies and 3,000 abortions among 65,000 women.

The research is being called significant because currently most private and public health insurance plans limit the supply of pills to three packs.

The researchers believe that when women have a larger supply they use the pill more regularly as a habit and need to take fewer visits to the clinic or the pharmacy.

“Women need to have contraceptives on hand so that their use is as automatic as using safety devices in cars,” said the study’s lead author Diana Greene Foster. ‘Providing one cycle of oral contraceptives at a time is similar to asking people to visit a clinic or pharmacy to renew their seatbelts each month.”

In addition to avoiding unwanted pregnancies it will also save money in the long run to have a bulk supply of the pills.

“Improving access to contraceptive methods reduces the need for abortion and helps women to plan their pregnancies.”