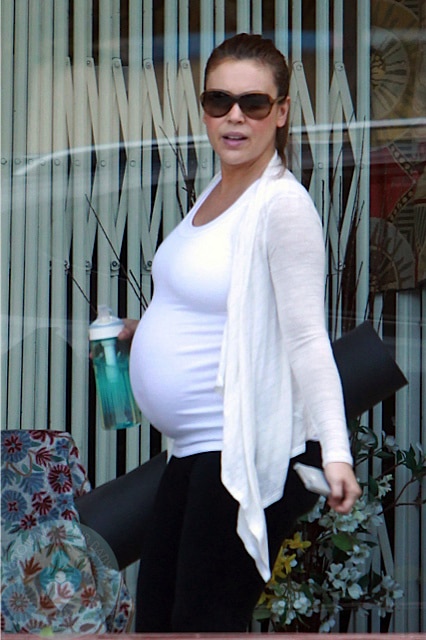 The actress recently said she’s loved pregnancy so much she’ll be ‘more pregnant than not in the next few years’.

Alyssa and her husband Dave Bugliari expect their first child, a boy, at the beginning of September.

‘I’ve had such a great time being pregnant that you’re probably going to see me more pregnant than not in the next few years because I’m really digging it.’

The couple has five names picked out but aren’t going to name him until they see him.

‘We hear so many nightmare stories about people that have the name set and then they see the baby!

‘Someone told me this story the other day that they had a new name picked out, like Skylar, and then he came out and he was like ten and a half pounds and he looked like a little bruiser and they were like, ‘We can’t name our kid Skylar. He’s more like a Ben or a Charlie.”