Ziggy Marley was all smiles as he promoted his new children’s book ‘I Love You Too’ at the Grove in Hollywood with his youngest son Abraham by his side. 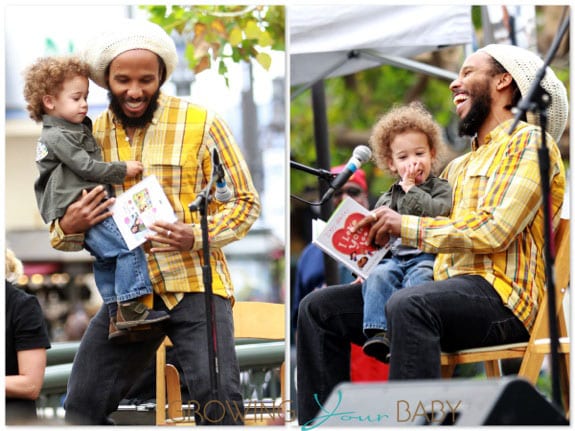 The five-time Grammy winner, philanthropist, activist and reggae icon played a selection of his music for fans before reading excerpts from his book for the little ones.

Illustrated by Agnieszka Jatkowska, the book is based on the song of the same title from Ziggy’s acclaimed 2009 Grammy Award-winning children’s album “Family Time.”

“This book is close to my heart because it was a spontaneous exchange between me and my then 3 year old daughter Judah,” Marley said of his new children’s book. “It expresses something so true; it should be repeated as often as possible.” 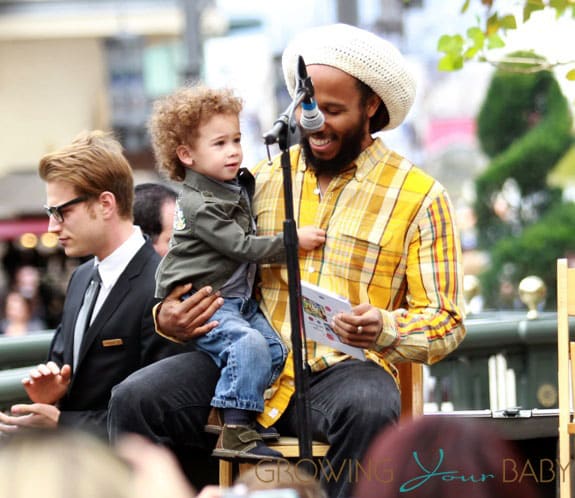