Home » Zoe Saldana Shows Off Her Growing Belly in NYC!

Over the past week, there has been a lot of talk about whether or not actress Zoe Saldana is expecting.  Well, today she confirmed that a baby(or two) is on the way when she stepped out wearing two curve-hugging dresses in New York City. 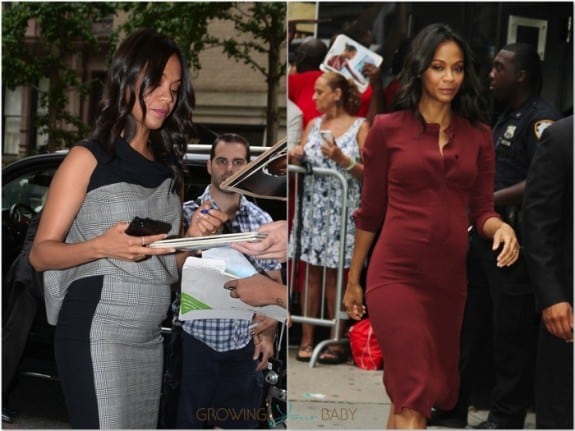 This morning the actress arrived at Good Morning America wearing a burgundy dress that accentuated her growing belly.  Even though she didn’t address the pregnancy during the interview – it is very evident that she is going to be a mama! 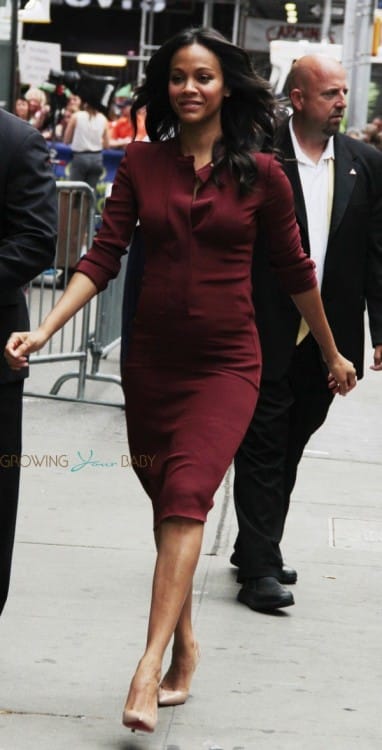 Just a short time after she was photographed stepping out of her SUV wearing a grey dress that also showed off her new shape. 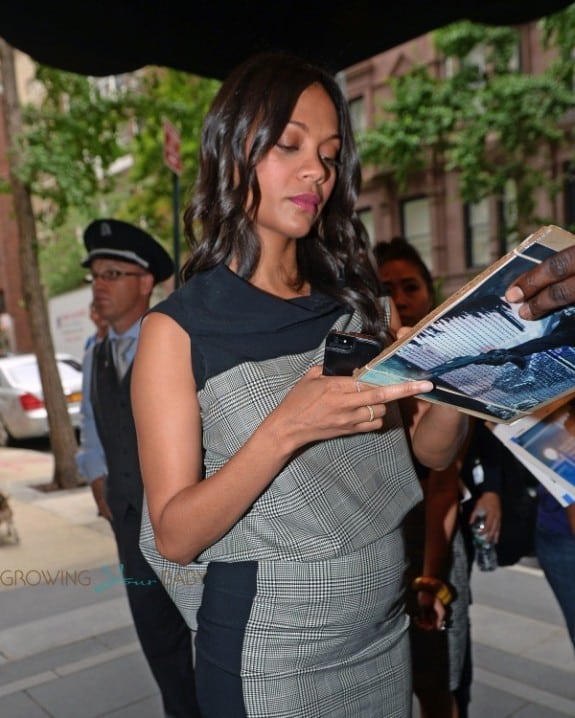 Could there be double the joy on the way for Zoe and her husband Marco Perego?  Multiple sources confirm to E! News exclusively that the Guardians of the Galaxy star is expecting twins. “She’s thrilled!” an insider says. 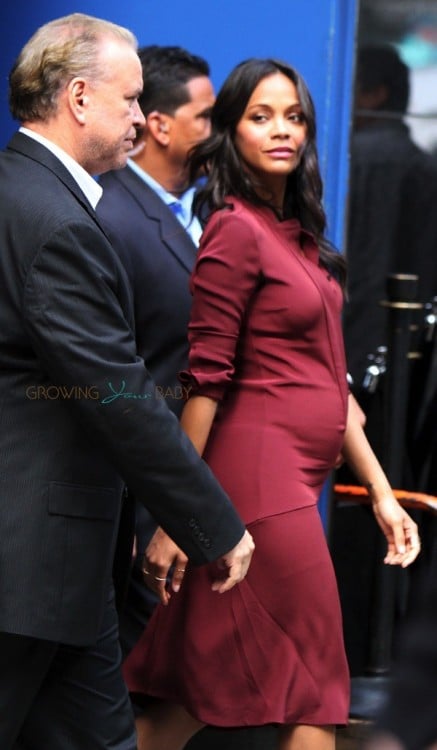 This is the perfect time for her to start a family.  Aside from the media tour, she is on for her new movie, she is not scheduled to start work on the Avatar sequels until next year. 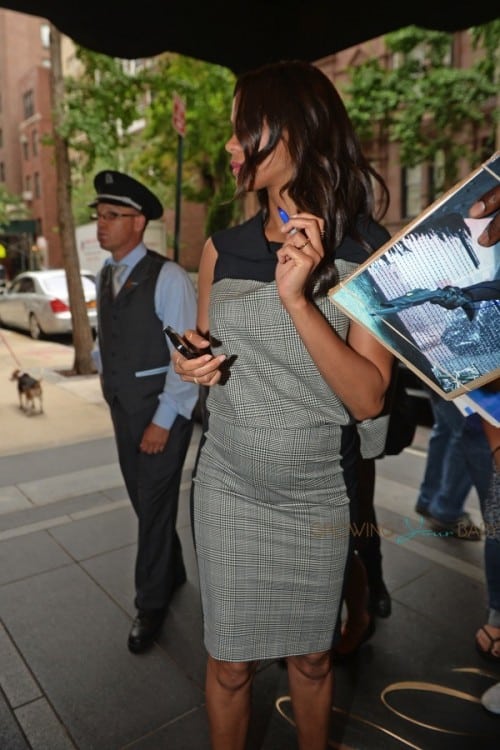