A pregnant Zooey Deschanel was spotted at Hugo’s Restaurant in the Studio City with her fiancé Jacob Pechenik and some friends on Friday. 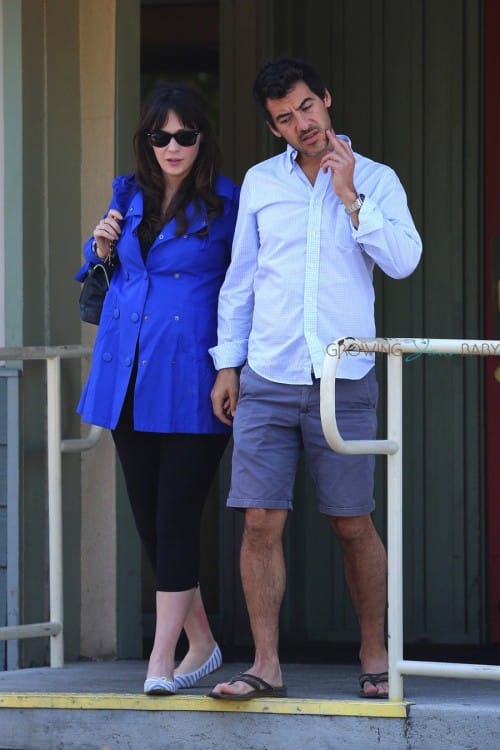 The actress, who is currently in her third trimester, hid her growing belly under a blue double breasted jacket.

The couple, who met in July 2014 while working on their film, Rock The Casbah, are set to become parents for the first time this Spring.

Zooey is, however, still filming the 4th season of New Girl so the production crew will have to start to get creative about hiding her growing belly.  During an interview with Billboard.com in February she revealed she was only showing a bit, so it’s pretty easy to still hide in clothes. But… “Maybe, eventually, I’ll have to stand behind a couch or walk around carrying a purse.”