Two-thousand and fifteen will bring lots of new projects for Alec Baldwin – and one of them will be creating a new nursery!

The actor and his wife Hilaria announced they were expecting a second child on Instagram on Wednesday night with a photo that showed Mrs. Baldwin’s growing belly being cradled by their daughter Carmen. 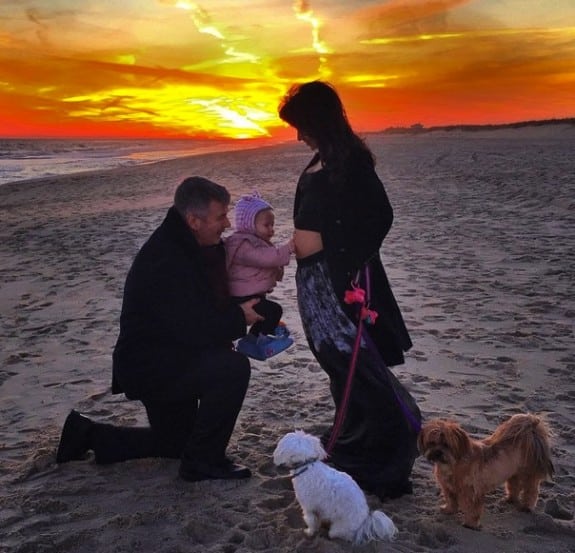 “The sun has set on 2014 and on my year of daily,” Hilaria wrote  “2015 is going to be very exciting as we are thrilled to announce we are expecting another little addition to our family! (tadasana) #yogapostureoftheday”

The new baby will be the second child for Hilaria, and child for Alex, who also has a daughter Ireland, 19, with Kim Basinger.