Home » Brad Pitt: Having 6 Kids is ‘Biggest Pain’ but ‘I Highly Recommend it’

Ahh Brad Pitt. Famous for being a great actor, humanitarian and pretty darn sexy, his greatest achievement is probably being a family man. And while his life with 6 kids is incredibly busy – he wouldn’t trade it for the world. 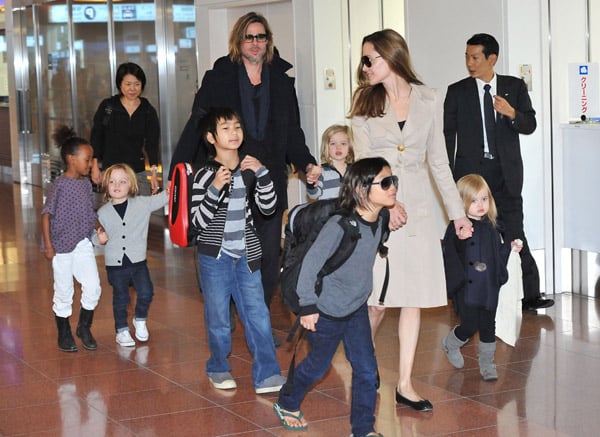 During a interview with Celebs on Sunday the actor revealed that having so many feet running around the house has its moments but most are pretty good.

“It’s the biggest pain I’ve ever experienced. I love it and I can’t recommend it any more highly – although sleep is non-existent.

“It’s chaos at times, but there’s such joy in the house.”

From a small family of just 3 kids, Brad says he was envious of his friends who had more relatives.

“I had a friend who had a big family when I was a kid. I just loved the chaos around the breakfast table and the fighting and the ribbing.