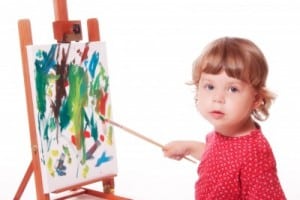 A recent Canadian study, known as the Early Years Study, says that earlier formal schooling could provide a better academic future for children. As the third of its kind since 1999, data of the most recent study continues to support the theory that lead author Dr. Fraser Mustard (recently deceased) and his colleagues have outlined in each recommendation; that children introduced to school earlier would “maximize their development” with the help of early-childhood educators. Their hope is that the provincial government will take note and adopt their recommendations.

According to the authors, children that receive quality early-childhood schooling perform better on yearly standardized tests. These same children are also more likely to graduate high school and attend post-secondary education. And since obtaining a job without an education is difficult, the study suggests that overall quality of life would be improved. “When people don’t graduate (from) high school, there are really huge costs to the individual,” says McCuaig, one of the study’s authors.

This “edge” on education is provided, McCuaig says, because children are more prepared with the “social and emotional control needed in order to focus and learn,” thanks to the early conditioning. But there are a few issues that must be dealt with before early education can be provided to all young children.

For one, early education teachers are working in other fields, not for lack of desire to teach, but for lack of pay. “

These people tend to be underpaid for the work they do,” McCuaig told Postmedia News. “So the idea is that, when provinces actually address early-childhood education in a concerted and systemic way – with an influx of funding and well-planned child-centered programming – people will go back to the early childhood education field because that was their first love – they just couldn’t make a living at it.”

Mothers of young children would also benefit from better childhood programming. While twice as many children are currently attending childcare programs, there are still many mothers that are unable to work because of insufficient, costly childcare. Additionally, the 70 percent of mothers that already work would be able to keep their jobs, according to McCuaig.

“By organizing early-education to fit parents’ work schedules, we double the benefits – kids who are doing better, a better-supported workforce, and mothers who are able to get and keep jobs,” she says.

More working mothers also means more benefits for the government. Working mothers are less likely to need social benefits. And because they are working, they will also pay federal taxes – taxes they wouldn’t have paid while staying home. The extra tax funds would also help pay for the extra educational funds needed to make the recommendations a reality. Essentially, McCuaig says that the recommendation would benefit everyone, and that the benefits greatly outweigh the costs.