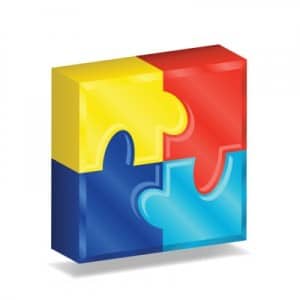 It is estimated that one in 110 children in the United States are affected by autism, a neurodevelopmental disorder, characterized by difficulties in social interaction and communication, rigid interests and behavioral issues. Yet, some children seem to “grow out of” autism or their diagnosis change. A recent study may explain why.

Researchers did not look at, however, why it was that certain conditions were more likely to be associated with a change in autism diagnosis than others. They speculated, however, that some behaviors, earlier in life, may seem to resemble autism, but may, in fact, be the result of another condition. For example, a lack of response in early childhood may be the cause of hearing problems, not autism.

“We don’t know what changed the diagnosis. However, we want to deliver the message that it’s important to look at other coexisting conditions, evaluate them before you make a diagnosis, and also recognize these conditions vary by development age,” stated study author Li-Ching Lee, associate scientist in the epidemiology and mental health departments at the School of Public Health.

Despite the findings, Dr. Joseph Horrigan, the assistant vice president and head of medical research for Autism Speaks, an advocacy group for autism spectrum disorders, says that parents and clinicians shouldn’t put too much thought into the findings. He says that the children involved in the study were not actually followed over time or examined; a method that could have changed the outcome of the study.

Horrigan does also point out, however, that often, children with ASD experience other conditions, some of which may be treatable with medications or other forms of intervention.

“Up until the recent past, there’s been a tendency to spend most of the time and energy on the autism and autism diagnosis, and thinking about a treatment package that’s keyed directly to the autism,” Horrigan stated. “What’s important here is they are highlighting some of the most common co-occuring disorders, a number of which are readily amenable to treatments.”