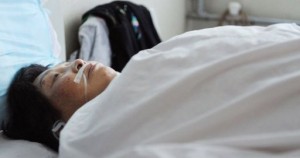 A Chinese woman is being reported as the oldest woman to give birth in China after having twins at 34 weeks. The woman become pregnant via in-vitro fertilization after the death of her 28 year-old daughter last year.

According to China Daily, the woman, whose real name has not given, had the twins girls in Hefei, capital of the eastern province of Anhu in China. The woman and her husband chose to have IVF after the death of their 28 year-old daughter and her husband last year. They were urged by family and friends to try for another child after their daughter’s death.

“Their cry resembles my late daughter,” she was quoted as saying after the birth were born via Caesarean section.

“The girls give me and my husband the courage to live on. Despite the fact that we are old, we have the confidence to bring them up.”

The couple traveled to Beijing last year to meet with doctors about their chances at having children again at their age. Despite being given extremely slim chances by the gynecology experts, the woman began taking medications to prepare her for the IVF. In last October, she became pregnant with the twin girls. 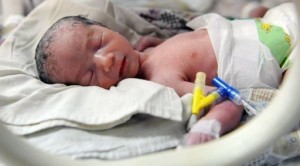 Right now the girls are in stable condition in incubators at the hospital, which has been unnamed. Despite her advanced age, this woman is not the oldest woman globally to become a mother. In 2008 two women in India gave birth at the age of 70 through in-vitro fertilization.

Last week a Bulgarian woman gave birth to twins at the age of 62. With advances in medical care, more women are able to become mothers at advanced ages. However, this leaves many wondering what will the lives of these infants be. – Summer, staff writer