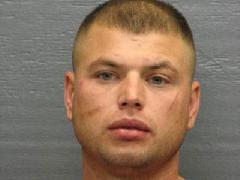 A man has been arrested after he allegedly left his 3-month-old baby in the car while he gambled at a Local casino.

Craig Bychurch, 27, has been charged with cruelty to juvenile. He was arrested after casino patrons spotted the baby in a car in the parking lot.

Officers found the father inside, gambling and wtnesses told officers that the child had been alone in the car for at least an hour.

The baby was returned to his mother, who was at work and the daddy went to jail.

The kicker! This crummy dad has at least 10 previous arrests, including failing to register as a SEX OFFENDER!