Boys day out! David Beckham was spotted taking his sons, Romeo and Cruz, to watch the Barclays ATP World Tennis Finals on Saturday. 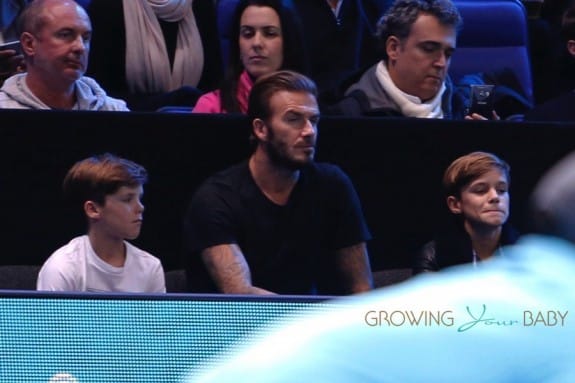 The boys cheered with their dad, as Rafael Nadal and Novak Djokovic competed in the semi-finals. 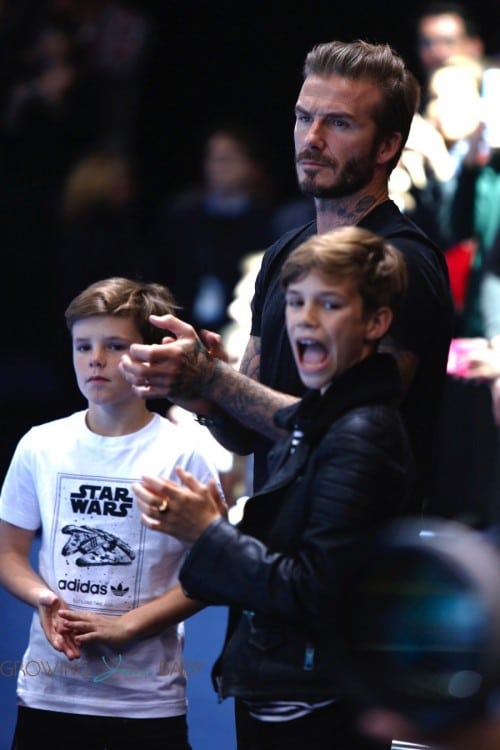 David is often spotted out at sporting events with his kids.  Once the man on the field, he is now the dad in the stands – for his own kid’s games as well.

“I am a soccer dad, you know I do drop-offs, pick-ups,” the retired striker said during an interview in September.

Earlier in the day the proud papa posted an adorable photo of Harper playing the piano dressed as a fairy. 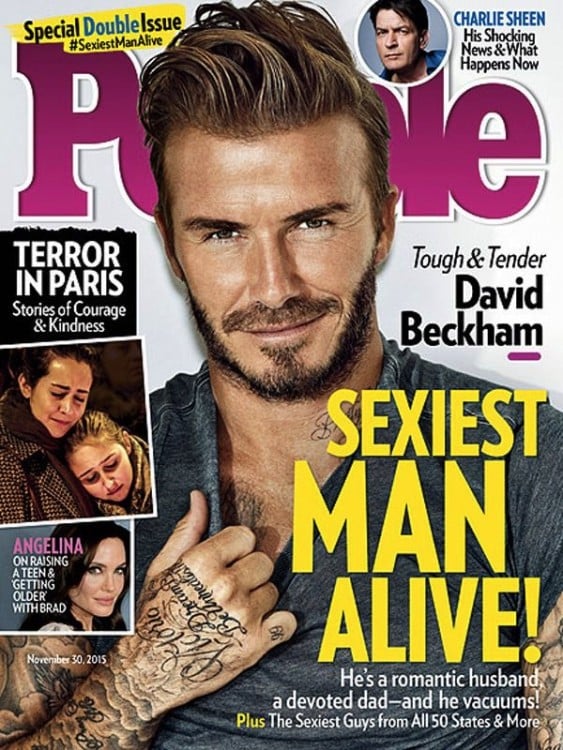 The soccer star shared the photo along with a humorous caption,

“I thought I was past my sell by date but thanks to @PeopleMag for the accolade and the compliment! I always feel a little shy when receiving these Awards, though it will make my Mum happy. This one the kids will laugh at, as they see what Daddy looks like in the morning! Photo by Marc Hom”