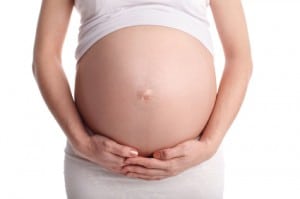 In a first large scale study in Canada to analyze the risk faced by older moms and their babies, researchers found that while the number of delayed pregnancies are on the rise in the country, it is also increasing the risk of diabetes, hypertension and premature births.

The new national report by the Canadian Institute of Health Information was released on Thursday and it suggests that one in five births in Canada is to mothers above the age of 35. The trend is alarming as it is at that age exactly that risks associated with childbirth and pregnancies begin to increase.

The report warned that mothers who were above the age of 40 were three times more likely to develop serious complications as compared to their younger counterparts. The babies too in this case, faced the risk of chromosomal disorders.

“The extent of the change in risk is surprising to me. They become even more pronounced for those 40 and over and that’s a growing segment of new moms,” said Kathleen Morris, CIHI director of health system analysis.

The researchers found that compared to mothers under the age of 35, the older moms were two times more likely to get gestational diabetes associated with pregnancy. Those above 40 were three times more likely to have the high blood glucose problem with one in every eight women complaining of the condition. The researcher added that a third of these women who had gestational diabetes also developed Type 2 diabetes later.

“It can really affect a mother’s health because it’s a chronic condition and life-long health concern,” she said, noting that these women also tend to carry heavier babies leading to delivery complications.

Dr. Mark Walker, a University of Ottawa professor and senior scientist at the Ottawa Hospital Research Institute noted that hypertension was also a cause for concern.

“As we get older we’re more at risk for diseases and pregnancy is a stress test to the body so if you have an underlying condition, it could express itself,” he said.

Another thing pointed out by the report was the staggering number of caesarean operations. 41 percent of moms above 40 had C-sections with more than half of the first time mothers going for the surgery. In comparison only a quarter of women in the age group of 20-35 gave birth via C-section.

“C-sections are medically necessary in some cases and they can be life-saving but compared to a routine delivery, they pose greater risks to the mom and baby and they also cost more,” Morris said.

Dr. Walker, who is a high-risk obstetrician expert and has delivered more than a 1000 babies of older women, commented that he had spent a lifetime being a researcher and still this finding surprised him.

“There’s a lot we don’t understand, such as why C-section rates would be so high. It’s perplexing to me,” Walker said.

While the research threw light on the risks moms face, it also reports on the risk that the child is put at with older moms.

To moms older than 40, one in nine babies are preemies born before 37 weeks of pregnancy. For younger moms this risk is lowered to one in 13 mothers.

It is well known that preterm babies might have many developmental issues like intestinal problems, breathing difficulties and vision problems. Morris said that though some issues could be corrected most problems might become a lifelong one.

What was alarming to note was that one on 127 babies of older moms had chromosomal disorders like Down’s syndrome, but the likelihood of these anomalies was only one in thousand among younger moms. Morris added though that the risk was still relatively low.

Dr. Walker mentioned that a condition called Placenta previa when the placenta grows on the lower side of the uterus and covers almost half of the cervix is what might trigger preterm deliveries. The condition is seen in one in 65 mothers over 39 and one in 208 for younger mothers.

According to the report, British Columbia had the highest number of older moms with 22.3 per cent while Ontario trailed at 21 per cent. C-section deliveries were highest in Newfoundland and Labrador at 47.9 per cent followed by B.C. at 45.6 per cent. Saskatchewan, Quebec and Manitoba recorded the lowest rates for the procedure.

These estimates were apart from the physician and specialist fees, medical costs and repeat hospitalizations.