Home » Delaying Child’s Start to Kindergarten May Have Advantages 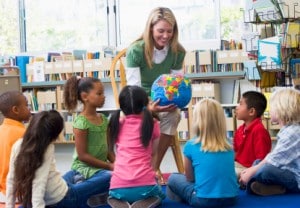 School is back in session and parents are hoping to see their children excel.  To that end, a growing trend in the United States has a lot of parents ‘redshirting’ their little ones by enrolling them in kindergarten a year later than expected.

It is thought that kids with birthdays approaching the age cut-off will experience a disadvantage because of their comparative lack of maturity.  By starting kids a year later, they go from being the youngest in the class to the oldest and from being the smallest on the sports field to being one of the biggest.

The term ‘redshirting’ is taken from college sports and the idea that by benching an athlete for a season you can extend their eligibility.

In his book Outliers, Malcolm Gladwell addresses the concerns behind redshirting, by referencing a study conducted by economists Kelly Bedard and Elizabeth Dhuey.  They found that in the early grades, maturity was mistaken for ability and so the more advanced streams of academics are loaded up with the older kids in the class.

According to Gladwell, “That initial difference in maturity doesn’t go away with time.  It persists. And for thousands of students, that initial disadvantage is the difference between going to college…or not.

Dhuey and Bedard found that the youngest age cohort is under-represented by about 11.6 percent at four-year colleges in the United States.

Experts and economists are sceptical about the benefits of redshirting however and fear that the costs may out way the gains.

Daren Lubotsky, an economist at University of Illinois has studied redshirting and feels, “The trend seems to be to have kids start later without much thought to the cost versus the benefits.  There might be some benefits, but there’s a really big cost to kids starting later.”

By delaying a child’s start to school there are economic costs at both the front and back end.  Parents have the expense of an extra year of childcare and the child is delayed in reaching the workforce.

Never-the-less, in recent years there has been a rise in the trend, with the National Center for Education Statistics (NCES) reporting that between 1993 and 1995 about nine percent of kindergarteners were registered a year late.  A 2007 report, by the NCES, found that about 14 percent of parents were planning to delay their child’s entry into school.

It all makes sense.  A child that was born in October, November or December is theoretically 10 months behind their classmates.  By delaying their entrance into school, they will be with kids that are more their size and those who are at the same maturity level as them, which could set them up for success. – Jen R., Staff Writer