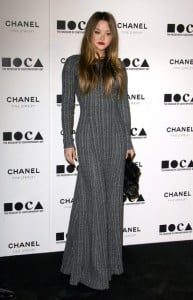 The Hollywood baby boom continues! Today it was announced that Devon Aoki is expecting her first child with fiance James Bailey. The couple were engaged over the summer, according to the New York Post.

A representative for Devon confirmed the news today saying,

“Devon and James are extremely happy. They became engaged over the summer, and she has just found out she is pregnant.”

Devon Aoki is not only a model and actress, but she is also the heir to the Benihana fortune. Next up for the actress is an appearance on the big screen in Rosencrantz and Guildenstern Are Undead. Once that is released, she plans to take a break to focus on her pregnancy.