Home » Does Praising Your Child Make Them More Likely To Cheat?

Most parents think of praise as a positive thing – a way to reinforce desired behavior. However, a new study suggests that an improper application of praise may do more harm than good. In it, researchers determined that children may be more likely to cheat when they are praised for their abilities, rather than their behavior or effort. 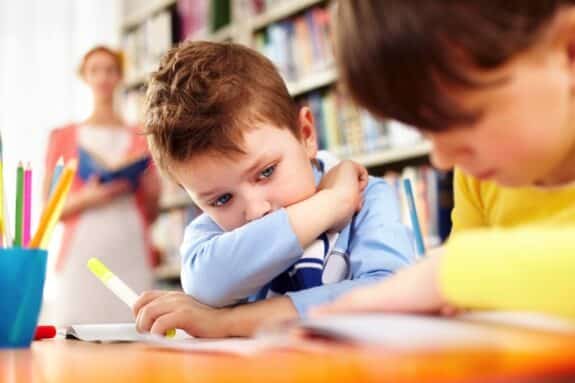 “We want to encourage children, we want them to feel good about themselves. But these studies show we must learn to give children the right kinds of praise, such as praising specific behavior,” Professor Kang Lee, lead author of the Psychological Science published study. “Only in this way, will praise have the intended positive outcomes.”

Lee, a professor at OISE Jackman Institute of Children Studies, and his co-authors came to this conclusion by asking three- to five-year-old children to play a game. Half of them were praised as being “smart.” The other half were praised for performance (i.e. working hard, doing well with a specific answer, etc.). The researchers then left the room and asked the children not to cheat. A video camera monitored their behavior while the scientists were absent. They also conducted a second study in which the ability-praised children were told they had a “reputation of being smart.”

“Praise is more complex than it seems,” said Professor Lee. “Praising a child’s ability implies that the specific behavior that is commented on stems from stable traits related to one’s ability, such as smartness. This is different than other forms of praise, such as praising specific behaviors or praising effort.”

Praising the ability of a child also creates certain expectations, the authors say. Rather than feeling that their effort is enough, children may, instead, be prompted to cheat to gain the positive praise they desire. In other words, we parents may sometimes unwittingly promote undesired behavior in our children. But that’s not all! Previous research also suggests that ability praise can squelch a child’s motivation to learn; instead, they become overly concerned with living up to the expectations of those around them.

“Our findings show that the negative effects of ability praise extend beyond this to promoting dishonesty, and that this occurs in children as young as three years of age.”