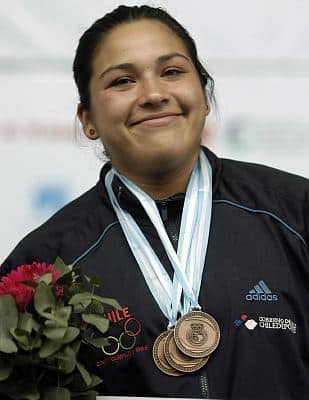 A Chilean Olympic weightlifter who was training at a gym in Brazil got the shock of her life when she unexpectedly gave birth to a baby boy.

Elizabeth Poblete, 22, had been working to “beef up” her body over the past few months and had no idea she was pregnant.

It wasn’t until she needed the assistance of a doctor after she became ill during a training session last week that she realized what was happening.

Shortly after the doctor’s arrival, she gave birth to a premature baby boy named Eric, who weighed just over 2lbs.

After the delivery both mom and baby were transferred to the hospital in Sao Paolo where the week-old baby boy remains in intensive care, reportedly on a ventilator.

Doctors believe that the new mom must have been six months pregnant. Many times, the training and diet regimen of female weightlifters can cause them to have irregular menstrual cycles.