Gabriel Aubry was spotted taking his daughter Nahla Gabriel Aubry shopping at American Girl at The Grove in West Hollywood on Friday November 10, 2017.

The trip appeared to go well because Nahla emerged from the store with a bag and a smile! 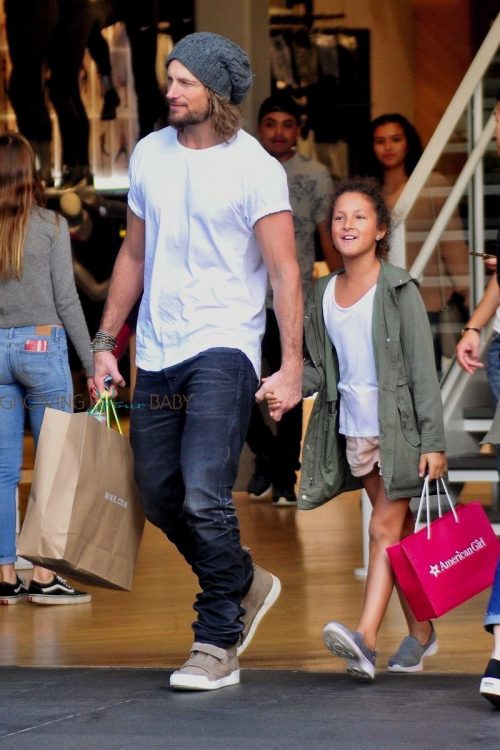 The model carried a Nike bag so it looks like the day was a win for both!

Gabriel shares custody of Nahla with ex-wife Halle Berry.  In recent years the pair who have been back and forth to court over money and access have appeared to resolved their issues and are moving forward amicably.

Currently signed to the Wilhelmina Modelling agency, he has been featured in many high profile campaigns such as Balmain’s Spring Summer 2017 campaign, Macys, Barneys and Boss.