In a perfect world, every child would have two parents who love them. They would be fed 3 meals a day and have a roof over their heads.

Sadly, this is not the case. There are many children in the world who do not get the love and attention in a lifetime that our kids get in one day.

I came across this story on the BBC and was shocked that in such a beautiful civilized country, some Italian women are abandoning their newborns with no explanation.

Italy has revived a medieval practice which allows women to abandon their babies anonymously. 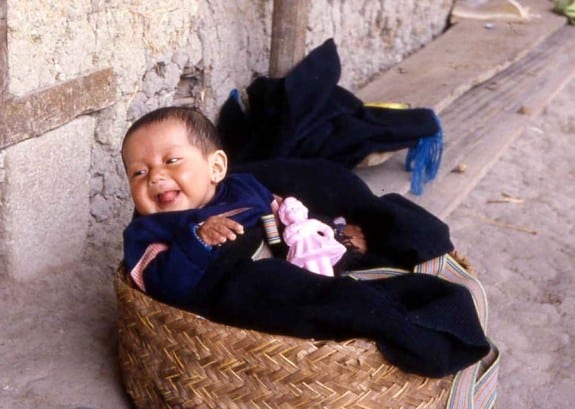 Six babies have been abandoned already this year, but that is just a fraction of the babies dumped on the streets of Rome every year.

At a hospital in one of the poorest districts of the city, nurses have set up a room with a crib and a camera. Desperate mothers are able to anonymously drop off their babies without any question.

The hospital started this campaign as a way of giving mothers a safe and clean environment to leave their babies instead of just leaving them in the streets. They have posted posters all of the city in many languages to educate moms about their options.

The city also has residences that they provide for young mother so that they can get back on their feet. Each mom is allowed to stay for up to six months with their baby.

Most states in the U.S. have baby safe haven laws, allowing people to turn over their babies unharmed to a local receiving organization without the threat of prosecution. Normally, the receiving agency is a hospital emergency room, responsible adult, manned fire department or other facility.

If you live in California, you have until your baby is three days old (72 hours) to safely surrender him or her. Take the baby to an emergency room or fire station and hand the baby to someone. Tell him or her “This is a Baby Safe Haven infant.” Then leave.

Recently, in Saskatoon a young mother left her newborn infant on the doorstep of a home where she knew the baby would be cared for. She didn’t have a single person in the world supporting her, loving her or reaching out for her and made a bad decision by not asking for help.

It is sad that these babies do not have anyone to love them at such a formidable part of their lives.

The abandoned babies in Italy are given names and then placed in foster homes.

I wish that it wasn’t so hard to adopt a baby from another country. Maybe if it was easier, parents in North America would put their efforts into adopting one of these babies instead of spending thousands of dollars on fertility treatments.