Jason Bateman, his wife Amanda and their daughters Frances and Maple were photographed leaving their hotel on their way to JFK to take a flight out of New York City. 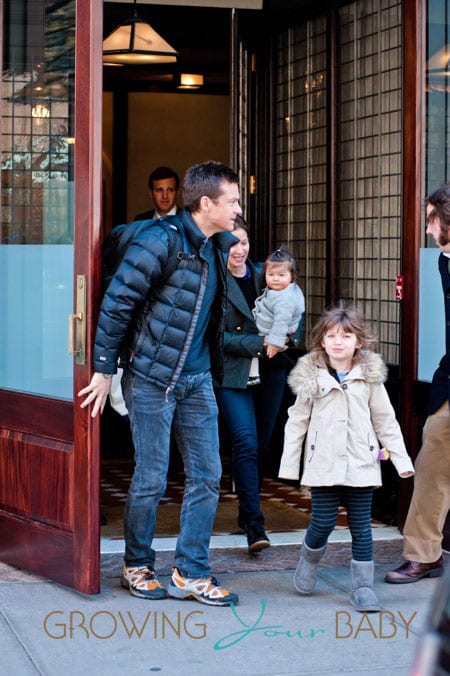 The family was in the big apple while Jason promoted his new movie Identity Theft.   After hustling out of their hotel, they were spotted making their way through the airport.  The girls got a lift from each parent and even held hands as they waited in the security line. 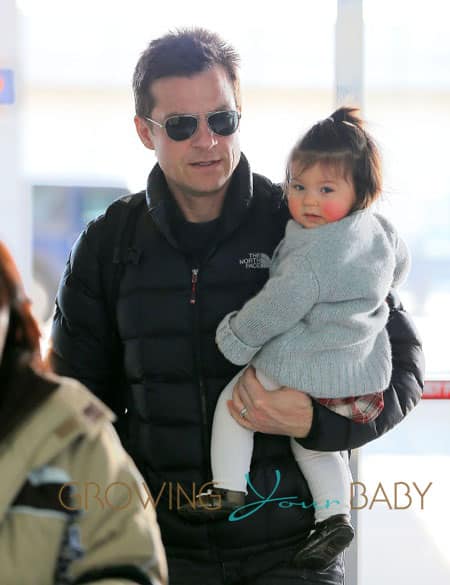 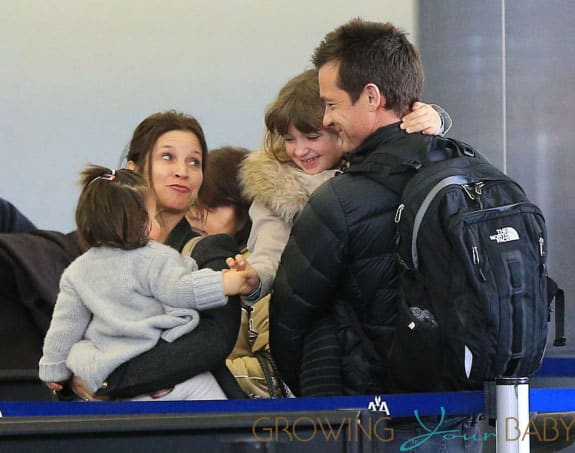 Amanda and Jason have a lot to look forward to as they return to Los Angeles.  It was reported that they have spent $3m to buy the estate of classic Hollywood star Ernest Borgnine.  The home, which is over 6,000 sq. ft. is a step up for the couple, who have lived in a 2,617 square foot house in Laurel Canyon.

From the pictures posted on The Daily Mail, it appears the girls will have lots of room to play in their new house.