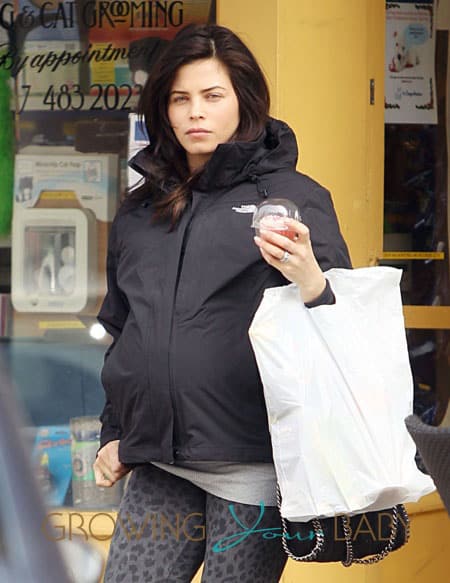 The mom-to-be started her day off at the yoga studio but then headed out to pick up some supplies for her dog and a treat for her and the baby!

According to media reports, the couple have temporarily taken up residence in the New York apartment of film actor Channing Tatum. Meanwhile, the G.I. Joe: Retaliation star and his wife are making themselves comfortable at Miller’s home in Britain.

What a great idea! AND there will likely be gear and supplies there for them when they welcome their first child in a couple weeks.

During a red carpet interview at the Oscars, Channing revealed that the baby would be born overseas.

“We’re going to actually have the baby in London while I’m shooting, so there will be no downtime whatsoever after that,” he explained.