Home » Jessica Alba Takes To The Swings With Honor

Jessica Alba was spotted playing at Coldwater Canyon Park with husband Cash Warren and two and a half year old daughter, Honor Warren, on Saturday. 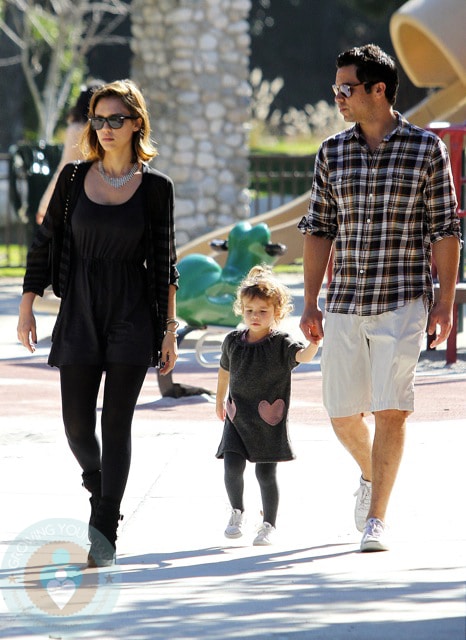 In a recent interview, the actress expressed some concerns about what might happen to her daughter once she realizes she is the daughter of a famous actress. Will it be too much for the little girl to handle?

“It’s a tough balance. It’s tough to figure out if you’re going to ruin your kid for the rest of their life by the decisions you’re making. I try to do the best I can and try to balance as much as I can between work and family and giving her boundaries but also letting her make her own decisions. This is definitely therapy material! I just know it!”

It sounds like she has similar concerns to what most mothers do as they raise their children. Mistakes will be made. It doesn’t matter if you’re a famous actress or not.


For more on this celebrity, visit Celebrity Spider: Jessica Alba.