A Phoenixville family has just been awarded $32.8 million dollars in a medical malpractice suit against the two Phoenixville Hospital nurses. The verdict, which came from a panel of eight men and four women, found the nurses negligent in their care and attendance of mother during her delivery at the hospital. It is thought to be the largest amount ever awarded in Chester County.

The mother, Leslie Proffitt, had an uncomplicated pregnancy and hadn’t expected any complications when she naturally went into labor near her due date. But at 1:07 a.m., on November 14, 2009 (the day after she was admitted), something in her delivery shifted. Her daughter’s heart rate had dropped from 150 beats per minute, which is normal, to just 60 beats per minute. According to Leslie’s attorney, Jason Archinaco, the change in heart rate was likely due to the fact that the umbilical cord had wrapped itself around the baby’s neck and cut off her oxygen supply. 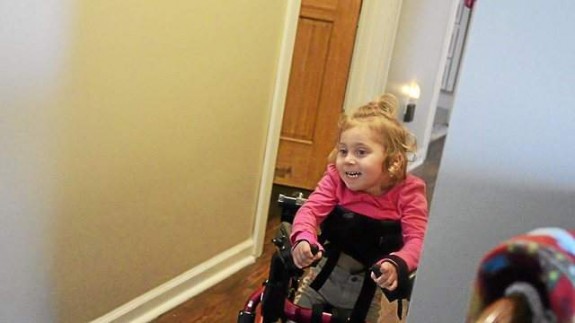 The timeline showed that two nurses, Christine Winter and Lana Jones-Sandy, noticed the drop in the baby’s heart rate on the monitor, but neither of them notified Leslie’s doctor about the change. In fact, 13 minutes would pass before anyone else knew.

“I compare it to an airplane going into a nose dive for 13 minutes and no one telling the pilot,” Archinaco said in an interview with Phoenixville News on Wednesday.

When Leslie’s doctor entered the room at 1:20 in the morning, she immediately asked the nurses to notify their supervisor and get an anesthesiologist so that an emergency cesarean section could be done. It would be another nine minutes before the supervisor was notified, and another 16 minutes before the anesthesiologist was found. The little girl, Lily Ciechoski, didn’t end up being delivered until 1:49 a.m. – more than 40 minutes after the nurses initially noticed the drop in heart rate.

Leslie’s lawyer presented an expert testimony at the trial in which it was claimed that, had Lily been delivered between 15 and 17 minutes earlier, she might have suffered only minimal brain damage, or even none at all. But as it stands, the nurse’s failure to report the drastic change in heart rate for 13 minutes after the fact, along with the other delays, resulted in Lily being born with brain damage and spastic quadriplegic cerebral palsy. Her life had been permanently altered.

To represent just how much the nurse’s negligence had impacted her life, Lily, now 4-years-old, walked into the courtroom. Using her walker, she struggled just to take the few steps towards her mother because her legs and arms spasm uncontrollably. She also has difficultly controlling her neck, and she speaks very little.

But Lily’s mother and father, Joseph Ciechoski, who are set to be married in August, have been working hard to give Lily the very best quality of life possible. They’ve worked diligently with her and she has shown some improvement in her skills. They’ve even had her attending the Arc of Chester County, a West Goshen school for developmentally and physically disabled children. But all that extra special care doesn’t come free.

The sum of money the family has been awarded may seem like a lot, but they’ve already spent somewhere around $1 million on her high quality care. The remaining $31 million will go towards her future medical expenses and towards future lost earning capacity.

“This verdict essentially enables her parents to give her the best care and the best chance for recovery,” Archinaco said. “I think the jury found that this was not up to the standard of care in Chester County. They didn’t give up on this little girl. They spoke for her.”