Home » Kelsey Grammer & His Family Arrive On A Flight At LAX

Kelsey Grammer was spotted arriving on a flight at LAX airport with his wife Kayte and baby Faith in Los Angeles, California on Tuesday (November 27). 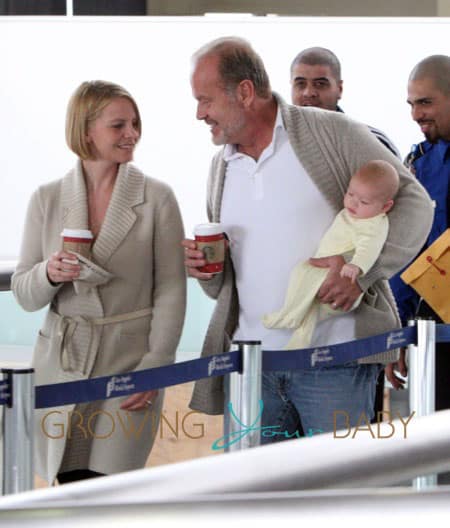 Kelsey carried Faith as the family made their way through the airport.  The four and a half month old baby rested comfortably in the crease of her dad’s arm before being transferred to her moms arms to see all of the excitement at the airport. 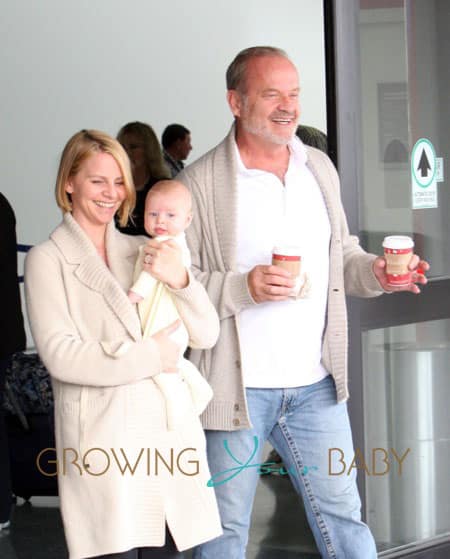 The couple, however, was hit with controversy after TMZ.com noted that they had not secured the baby in an infant seat before driving off in their SUV.

Kayte seat belted herself in the car, and with the baby cradled against her chest, the car took off … a clear violation of the California car seat law.

The below screencap from TMZ’s video footage shows that they are right, which is so frustrating. 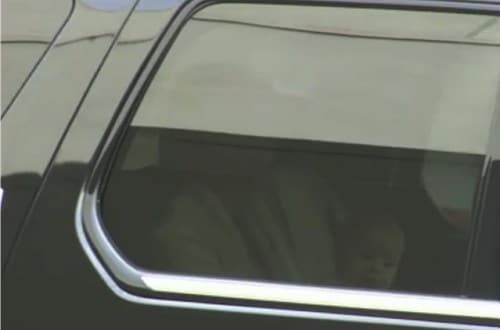 Buckle your babies – always!  It just takes one wrong move.