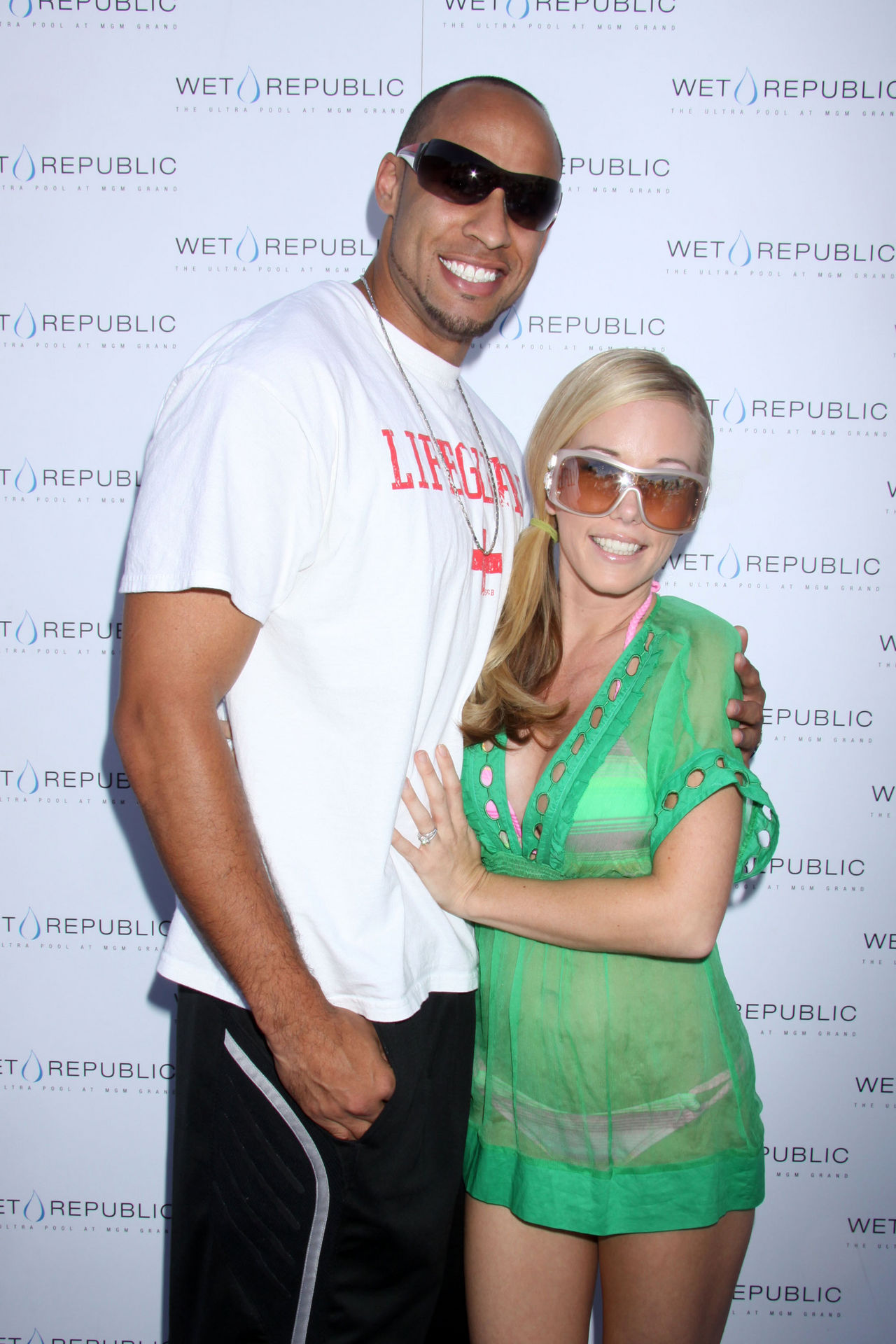 Former Girls Next Door star Kendra Wilkinson has announced that she is expecting her first child with football star fiancé, Hank Baskett.

The 24 year-old reality star confirmed to Eonline that she is 12 weeks along and due on Christmas Day.

They actually learned a little one was on the way during a layover at an Amarillo, Texas, airport…

“Hank was like, ‘Hey, why don’t we do a test to see, just real quick?'” Kendra said. “I did it and we found out and we just sat on the baggage claim as everything hit us at once.”

So how did Kendra’s ex-boyfriend, Playboy poobah Hugh Hefner, react?

“I called Hef because I had to tell him right away,” Kendra said. “He was like, ‘Oh my god!’ and then he cried.”

It won’t be Uncle Hef for the man who made her a star, but probably something a bit more commanding, Kendra joked. “Godfather!” Kendra said. “Hef will be ‘The Godfather!’ “

They will find out the sex of the baby in a couple of weeks. If it’s a boy, the baby will be named Hank Randall Baskett IV, but they’re still deciding between Arianna and Kianna for a girl. “Whatever comes out of me, we’ll love,” she said.

“It’s something we’ve talked about and wanted since we met,” Hank said. “Being a loving husband and father is what I’ve always described as the definition of a successful man.”

The morning sickness has been brutal.

“I’ve thrown up in almost every limo that has taken me out in the last week,” said Kendra, whose big cravings include fruit and Top Ramen noodle soups. “God, they hate me right now.”

They have no plans for cameras to capture the delivery on film for her self-titled reality show, but Hank, 26, will be in the room. And there’s no way in heck Kendra is having a natural childbirth.

“I’m getting an epidural, everything they can give me,” she said. “That’s the one thing I’m nervous about the most. Everything else is so fun, but I have visions of my vagina tearing, and that sucks.”

And with their nuptials at the Playboy Mansion just 17 days away, Kendra’s wedding dress is being taken out a little bit.

“And my boobs went from big to humongous,” she said. “They’re making some changes in the bust.”

And then she patted her belly:

“We definitely want another kid right away, because we want the two kids to be close in age,” she said. “We want four, but you know, we are taking it one step at a time. We’re concentrating on our first child and seeing where things go from there.”