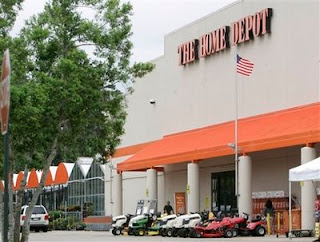 A Colorado man is in hot water after he left his 4-month-old son in a shopping cart in the Home Depot parking lot over the weekend and didn’t realize the baby was missing until he was 5 miles away.


The Home Depot’s store manager called police Sunday after a customer came in and told him there was a baby in the parking lot.

He then went out to the cart-storage area in the lot and found the infant, took him inside the store and called police.

When police arrived, the baby’s father was pulling back into the parking lot. The man approached the officer, telling him he had left his child at the store and was told that police had the baby when he called the store.

The man’s wife was out of town. He told police he was loading his shopping items into his car when his brother called him on his cellphone. He was talking on the phone as he put the cart back in the storage area and then drove off.

He told police he was still talking to his brother when he turned around and noticed the baby wasn’t in the back seat of the car.

The man, who could not be reached for comment, was reportedly upset about forgetting his baby. The baby’s grandmother took the infant home and planned to keep him until the baby’s mother got back from vacation.

The father was issued a summons for child abuse criminal negligence and released.

And I thought I was having a crappy day…