On Wednesday Mariah Carey was photographed waving to her kids, Moroccan Cannon and Monroe Cannon, as they rode on a jet ski off the back of Carey’s fiance James Packer’s yacht, “Arctic P” in Capri, Italy. 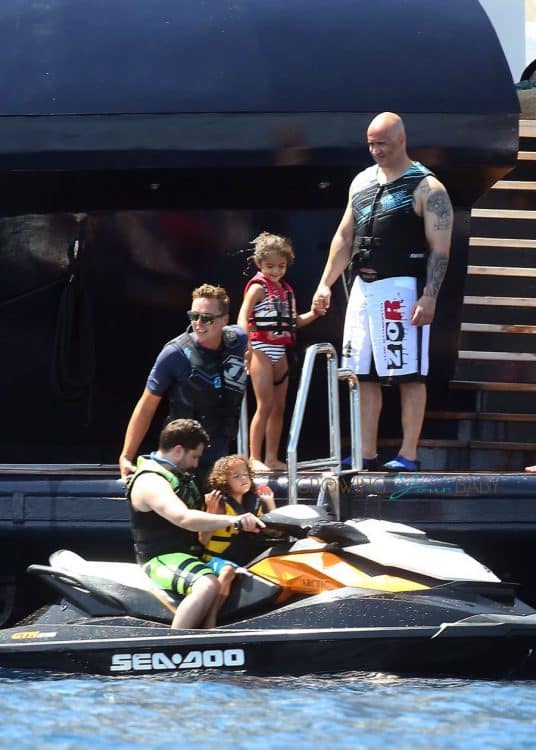 Each child had their own Sea Doo driver to keep them safe as they flew through the water. 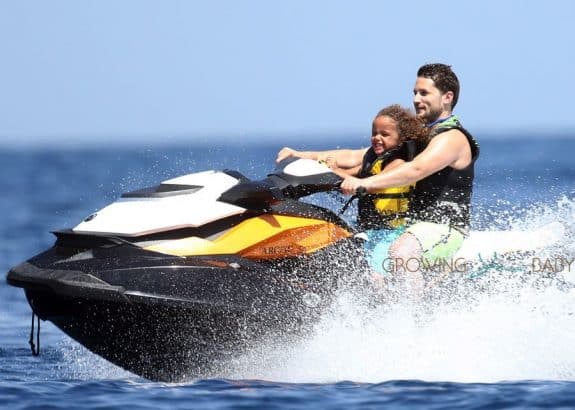 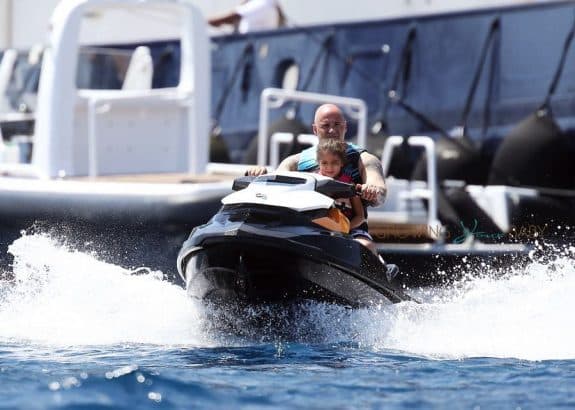 Mariah kept an eye on her twins from the top deck of the boat, and waved to them as they whipped by. 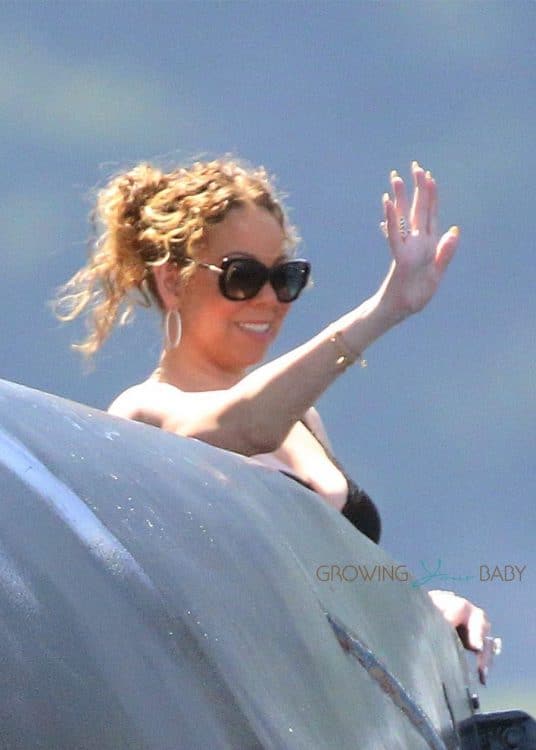 James’ incredible Arctic P ship was converted from an explorer vessel into a luxurious yacht with the addition of a glass bottom swimming pool, jacuzzi and entertainment elements that will lower into the deck when they are not in use.  Our favorite feature, however, is the gigantic slide that runs from the top deck to the ocean! 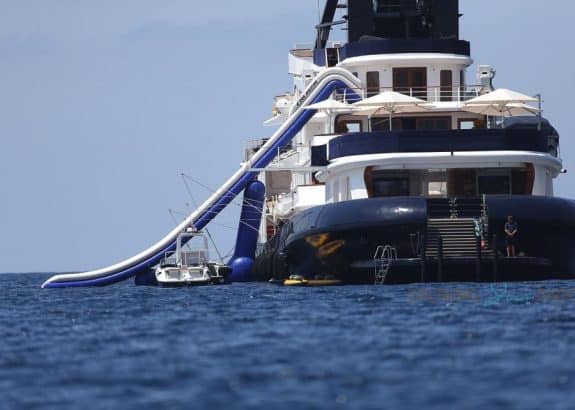 Mariah is currently on hiatus from her show at the Colosseum at Caesars in Las Vegas.  She will be back on stage in August and will do 9 more shows between August 24th and September 11th.

The family will reportedly spend that time overseas in Italy.