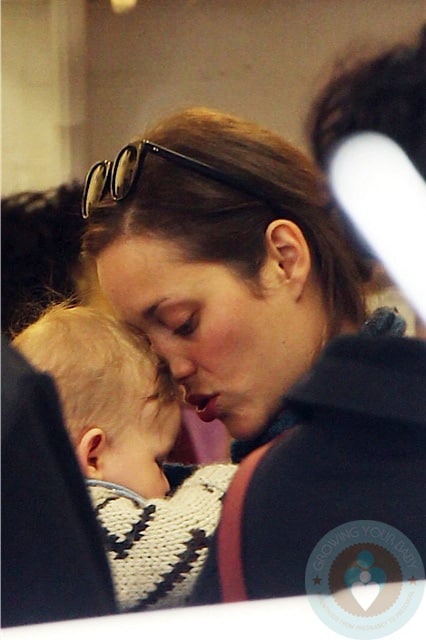 The French actress has been a busy mama! For most of October she was in France filming ‘Rust and Bone’. Now she is in the Big Apple to film The Dark Knight Rises, which also stars Morgan Freeman, Christian Bale and Anne Hathaway.

Marcel is also racking up some frequent flier miles. He is always by his mom’s side as she travels the world for work.

Marion carries her little man in an ERGO baby carrier and she pushes him in a Quinny Zapp Xtra with a Maxi Cosi Mico infant seat.