Babies are born every day. Big babies are getting more and more common. But Kendall Stewardson is a regular local hero after delivering her 13 pound baby boy without any assistance. 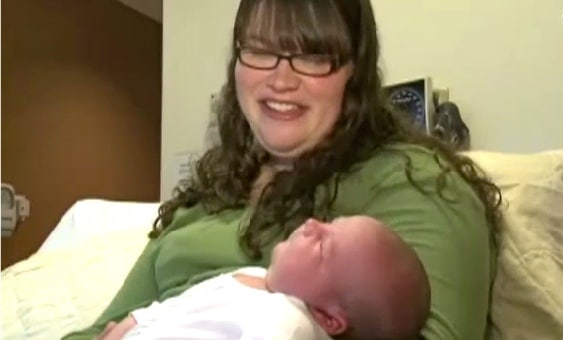 At first, everyone thought that little Asher was going to be smaller than his brother Judah, who weighed in at 12 pounds. He looked smaller in the ultrasound. He only took six hours of pushing. And even after he was born, he looked a bit smaller. But when the nurses put him on the scale, everyone was in for a big surprise…

Little Asher was twenty-three and a half inches long and weighed in at exactly 13 pounds, 12 ounces.

“And when he came out we all thought he was smaller, and then we put him on the scale. We were surprised, but he is three inches longer,” Kendall stated.

And while having a 13 pound baby is definitely something to talk about, what has really earned Kendall her claim to fame is the fact that she delivered without surgery and without the assistance of an epidural.

“Whenever anybody hears about it, they’re like ‘oh my word! And she is kind of a hero,” stated Joshua Stewardson, Asher and Judah’s father.

But Kristen says it was all worth it and Joshua says that both mom and baby are doing fine, despite Asher’s larger size and past due date. 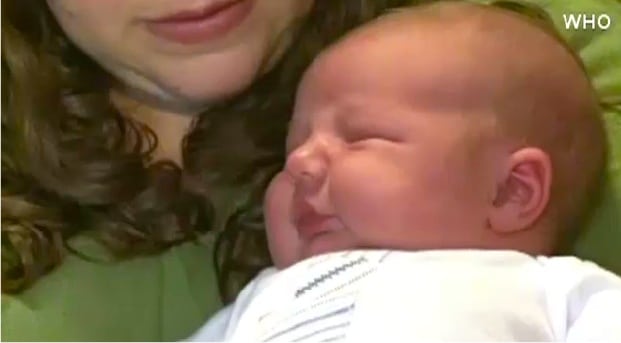 “So, everyone like double takes when they see him, but for us it is pretty standard,” Kristen stated. “It probably wasn’t much worse than probably most. And just to have two that had absolutely no issues, we are definitely blessed that way.”

Congratulations to the Stewardson family on the new addition to their family!