The name of Isla Fisher and Sacha Baron’s Cohen’s second daughter has now been revealed. Their daughter was born in August, but the couple had kept the infant’s name a closely guarded secret.

Us Magazine has now revealed the infant girl’s name to be: Elula Lottie Miriam Cohen. Elula is Hebrew for August. The infant joins her older sister, Olive, who is aged three. 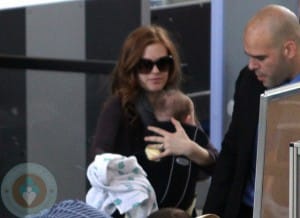 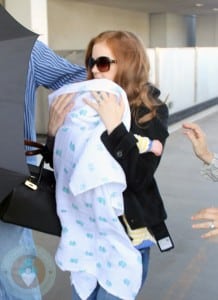 Isla kept the name a secret during promoting her latest film, Rango, and she said the following about all the secrecy:

“Motherhood is my favorite topic but I never talk about it publicly. As much as I love what I am doing, and I am so fortunate to have the opportunities that I have had, my responsibility is to my family.”

A mother that puts her children first while living in the spotlight is always nice to see.