According to the UNC Center for Women’s Mood Disorders, about 10 to 15 percent of all mothers suffer from postpartum depression (PPD). Some experts believe this number is actually a bit conservative, since some mothers feel such guilt over their depression that they don’t talk to their doctors about their symptoms. Either way, the reality is, this sometimes debilitation condition can damage the mother and child relationship and even delay child development if left untreated. 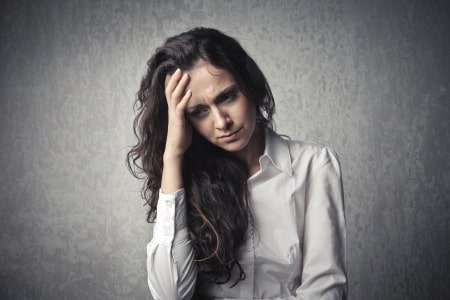 Sadly, PPD – which manifests by about 4 to 6 weeks postpartum – is still highly misunderstood. For example, studies still haven’t revealed why some moms end up with it and why others don’t. And though it’s clear that PPD is unlikely to get better without treatment, there’s very little in the way to suggest how long it lasts. A new study, published in the Harvard Review of Psychiatry, attempts to shed some light on some of the missing information.

Using findings of studies on PPD that were published between 1985 and 2012, the researchers looked for risk factors that may make some women prone to persistent or long-lasting postpartum depression. They also looked at possible limitations in the current studies regarding PPD and its effects on mothers and their children.

Although all of the follow-up studies examined in the review revealed that symptoms of PPD decreased over time, researchers said that, in many women, the scores grading symptoms didn’t fall below the cut-off for clinical depression. In fact, about half of all mothers reported symptoms more than a year after giving birth, and a surprising 30% were still depressed three years after birth. And for about 38% of mothers, there were lasting, chronic symptoms.

So what makes the difference between long-lasting chronic symptoms and a ‘bout’ of PPD? Researchers still don’t have an exact answer, but they believe that they have uncovered some clues.

Some of the studies suggested that women suffering from chronic symptoms were likely experiencing a continuation of pre-existing depression, rather than a new set of depression symptoms after birth. In other words, they were likely struggling with it before childbirth, and the strains of being a new parent only made their symptoms stronger or harder to manage. Or it may have been that this was the first time their symptoms were brought into focus, since they were visiting a doctor after delivery.

Researchers also revealed that poor partner relationships, stress, pre-exiting depression, and a history of sexual abuse made women more likely to experience chronic depression. Young mothers, mothers on a low income, or mothers from a minority background were also more likely to develop chronic PPD. However, the evidence was less consistent for the second set of factors. But there was one factor that, surprisingly, seemed to have no impact on the likelihood of developing long-term depression: illness of a child.

Based on this information, the researchers feel that more work needs to be done to help doctors become more aware of the potential signs of postpartum depression, as well as the signs that PPD is becoming a case of chronic depression.

Additionally, the researchers said that they would like to see more work done on which treatments are most effective for PPD, since their study did not find much information on treatment options and their efficacy. In conclusion, the study authors stated that the adverse effects of PPD on children and their mothers could be diminished by focusing on these two areas – essentially the missing puzzle pieces in PPD.

“Because postpartum depression (PPD) has significant consequences for the baby, for the depressed mother, and for the early relationship between mother and child, knowledge about prolonged changes in the mental health of mothers with PPD may not only improve our understanding of the course of PPD but also inform prevention and intervention strategies,” the authors told Medical News Today.