Mom-to-be Olivia Wilde was in good spirits while running some errands in LA on Wednesday. 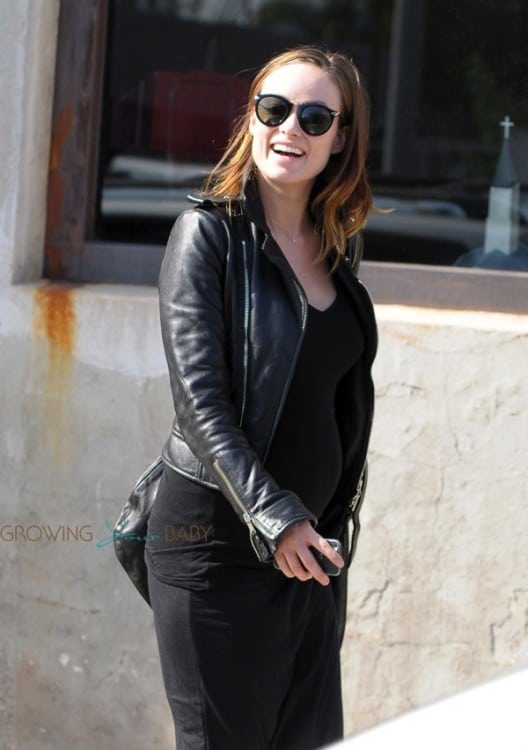 Now 7 months along, Olivia showed off her growing belly in a black maxi dress, which she paired with a leather crop jacket and black leather ankle boots.

Later that night she met up with fiance Jason Sudeikis to watch the LA Clippers take on the Miami Heat. The pregnant actress was warm in an Alexander Wang P6 beanie, which she wore in protest of Russia’s anti-gay law. 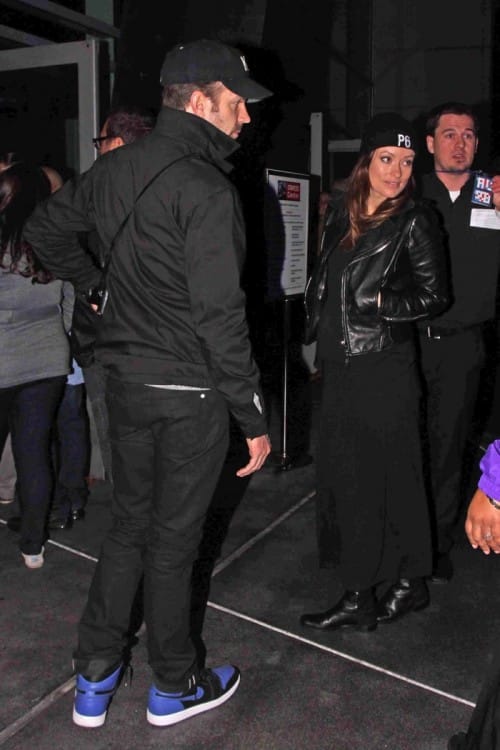 Looking forward to meeting her baby boy she tweeted,

Bring me the head of the sick, math-challenged bastard who started the rumor that pregnancy is a 9 month gig.

As many of her followers noted – it is actually 10 months, which is almost a year… But don’t fret ladies elephants carry their babies for 92 weeks, giraffe’s 60 weeks and Sperm Whales 68-84 weeks. Perfection doesn’t happen over night!