For the third time since announcing their separation, Orlando Bloom and Miranda Kerr have been photographed spending time together as a family. 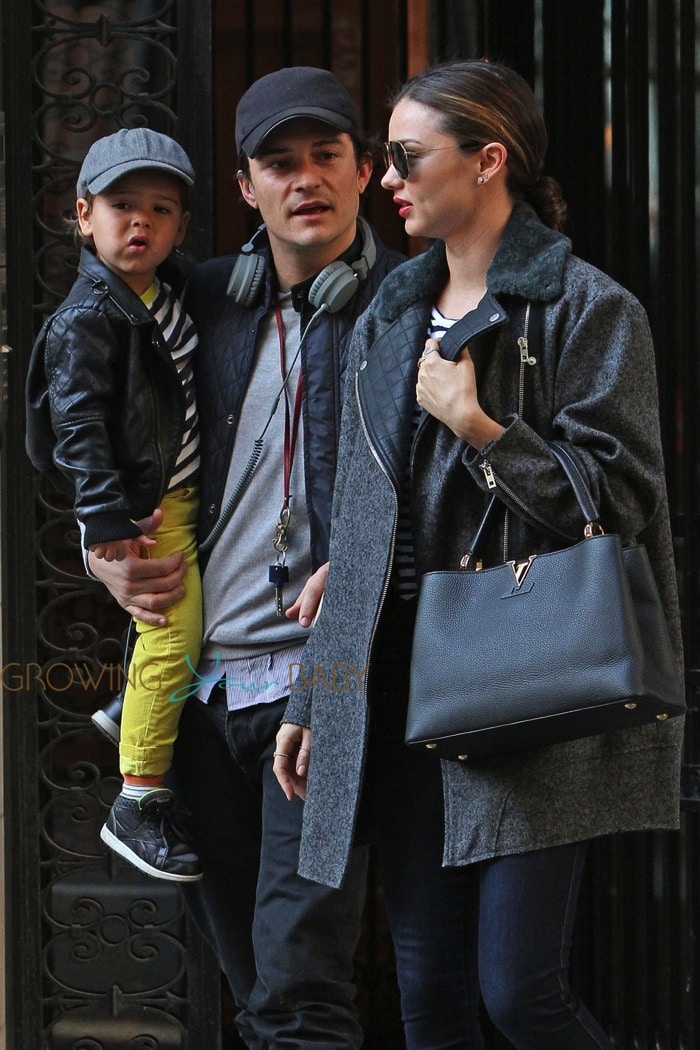 The couple was in good spirits as they walked through the Upper East Side with their son Flynn. 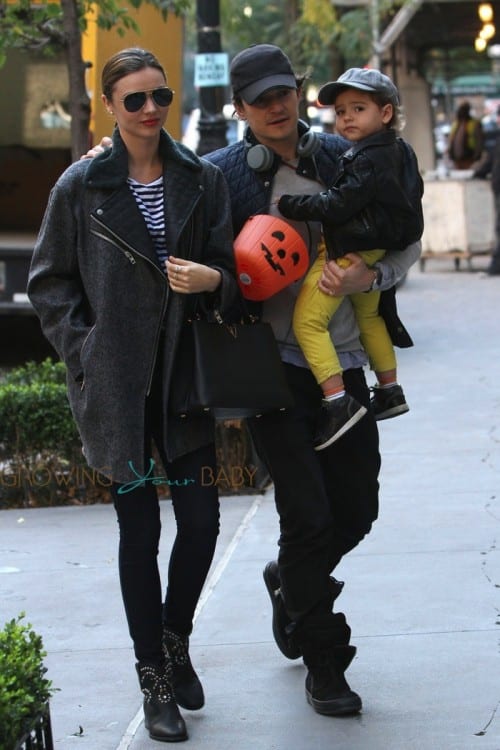 Getting ready for Halloween,  Flynn carried a pumpkin bucket.

When they parted ways, the Orlando and Miranda kissed showing that either they are putting up a united front for their son or possibly re-uniting. 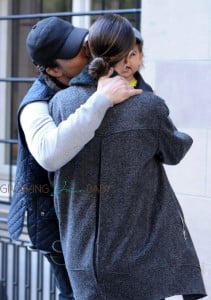 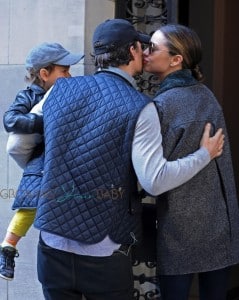 Orlando currently stars on Broadway as Romeo in Romeo and Juliet at the Richard Rodgers Theatre.  The show is scheduled to run through January 2014, so we should expect to see the actor in the big apple for, at least, the next couple months.

And that works well for him as he enjoys being a New Yorker.

‘I love when you walk out into the city you feel like you’re part of the stream of life, you know what I mean?’ he stated. ‘You come across everybody, everybody’s energy. Some people are going up the stream, some are down stream, depending on the day but we’re all in it together. And I love it.’

‘New Yorkers are super cool,’ he enthused. ‘I get the odd yo, Orlando, I love you movies. Otherwise I stick a cap on and my guy always says, look for quarters, look for quarters. Search for nickels. I’m loving Broadway, this is my first time.’