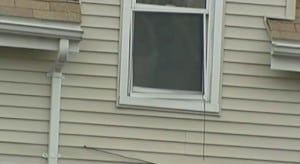 If it were not for Todd Flannery, the day’s event could have turned awful for Michelle Harris-Potter and her two year old son. The toddler managed to climb out of the window of their second storey home and was standing on the edge when Todd noticed him and brought him back to safety.

Todd was passing by when he noticed two year old Hayden standing on the edge of his home at Swampscott, MA. The boy was scared and crying.

Todd yelled at the boy and asked him to stay put. He then climbed from the side of the house and rescued the toddler who thankfully had listened to his warning and not moved from his place. 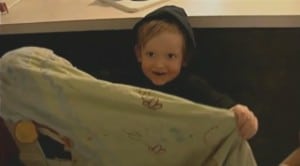 Police later called and warned the boy’s mother Michelle to be more watchful of her son’s actions.

Michelle informed them that Hayden wanted to go outside and he must have opened the window by himself which she had kept open slightly. He had also managed to kick out the screen. She also said that she had to look after her young twins and was always on her toes managing the mischief of her active son.

When she noticed that Hayden was missing she had panicked and was glad that he was okay. Fortunately for her, Todd was at the right place at the right time to save her son this time.