Our twentieth profile is that of Matthew and Andrew. 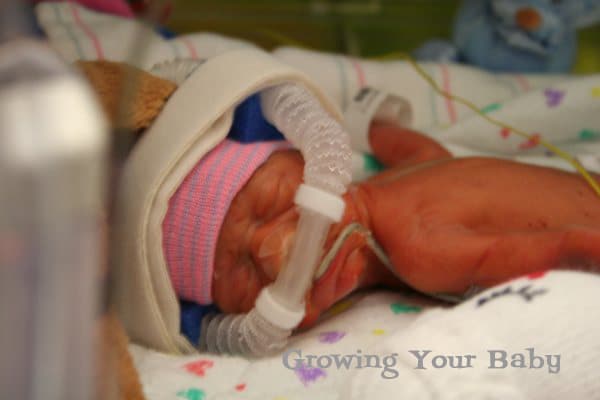 On Thursday June 21st 2007, mom Karen went in for a routine ultrasound. During the ultrasound she found out that although there were no previous signs of Twin to Twin Transfusion Syndrome*, she was currently in Stage 3 TTTS with the identical twin boys. Karen and her husband quickly made plans to travel to Florida to have fetal laser surgery and laser the blood vessel connections between the boys. They never made it to Florida. On Sunday June 24th she started bleeding and went to the ER. The initial ultrasound in the ER showed that they had lost their son, Andrew. Matthew was in severe distress. Karen had an emergency C-section and at 8:38am the boys were born.

Upon birth, Matthew weighed in at 1lb 14oz. Karen says that Matthew’s journey in the NICU was the roller coaster that is always talked about. It was constantly a few good days followed by several bad days. Some of the bad days were terrible. At one point he had an infection and subsequent capillary leak that almost took his life. In total, he had four major episodes of sepsis, he was on a ventilator for 3 months (including an oscillator), had surgical NEC (acute inflammatory disease occurring in the intestines) with a bowel resection, IVH (right grade III and left grade II), PVL (damage to the white matter of the brain near the ventricles), BPD (bronchopulmonary dysplasia), feeding difficulties, and severe reflux.

After three months in one NICU, Matthew was transferred to the local Children’s hospital for a bowel resection. He remained in this NICU for an additional six weeks. He was discharged to six specialty physicians. He came home on oxygen, continuous NG tube feeds and an apnea monitor. Matthew was on nine different medications.

Mom and dad thought they had made it through the hard part, but little did they know it was only the beginning of the journey.

Matthew was in the NICU for a total of 135 days before coming home. The first two years of his life were pretty rough. He remained on O2 for an additional 6 months after his discharge. The spring after his discharge mom had enough of the NG tube and then had a G-Tube put in. Doctor appointments were frequent. As were the therapy appointments. Matthew had PT twice a week for almost 2 years. OT once a week for almost 2 years. Feeding therapy with a Speech Therapist between once and twice a week. Speech therapy is ongoing. He had strabismus and eye surgery to correct it around age 2.

As with most preemies, his contact with the outside world was limited for the first 18-24 months. He had numerous ear infections and subsequent surgery to insert ear tubes. The reflux he experienced was like nothing mom and dad had ever seen. Along with the projectile vomiting numerous times a day, the pain he experienced with the reflux was severe.

Karent says that their journey has gotten easier. The winding path they have been on has seen many of Matthews issues resolve themselves. Feeding is still the biggest challenge. Matthew never took a bottle. He never learned to drink from a sippy cup. At 17 months, Matthew learned to drink from a straw. He now is able to drink liquid from straw cups, but will only drink water or apple juice in very small amounts. If we get him to take 5 ounces in a day it is worth celebrating. At 18 months, they would be excited if he ate five bites of pureed baby food, that was considered a successful meal. 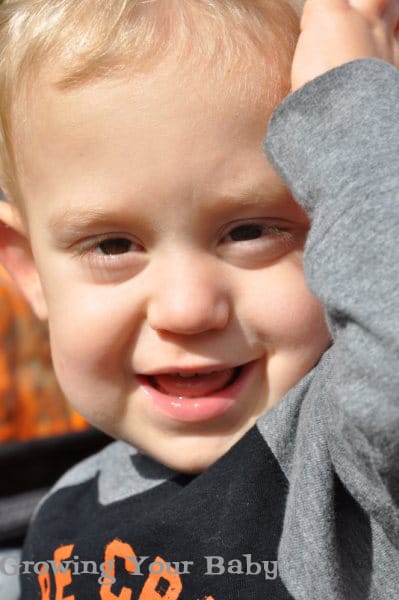 Matthew is almost 2 ½ now. They have tried four therapists long-term over the last two and half years. Two others were fired after the first couple of visits. They have been seeing the current therapist since July. She has finally gotten Matthew to learn how to chew and swallow “table” foods. His foods of choice are very limited still: chips, ham, watermelon, grapes, bacon, pizza (his personal favorite), French fries, and any hard crunchy foods. However they consider this a tremendous success. A lot of the credit goes to the new therapist. She is truly an angel.

Matthew is now 29 months. He weighs approximately 24 lbs. He is handsome and happy. He talks like crazy, speaking in sentences. His gross motor skills are where you would expect for a child his age. He is behind in the area of fine motor skills, but not enough that most people would even notice. Matthew runs, laughs, and plays. He is a trouble maker and calls himself “tricky” when he does something “bad.” He is a true joy.

Matthew has an older sister (step sister) Megan who is 20 years old, born full term. There is also big sister Lauren who is 12 years old. And then little Sydney who is four years old. She was three weeks early (after pre-eclampsia, bedrest, several hospitalizations, and a nightmare of a pregnancy.)

I asked Karen to describe Matthew in one word and she said “BEAUTIFUL.”

Matthew truly is a beautiful child!!!!

*Twin-to-twin syndrome is a condition of the placenta that develops only with identical twins that share a placenta. Blood vessels connect within the placenta and divert blood from one fetus to the other. It occurs in about 15 percent of twins with a shared placenta.