Prince William, Duke of Cambridge and Catherine, Duchess of Cambridge were photographed attending the Royal Variety Performance at the Palladium Theatre on Friday November 24th, 2017 in London. 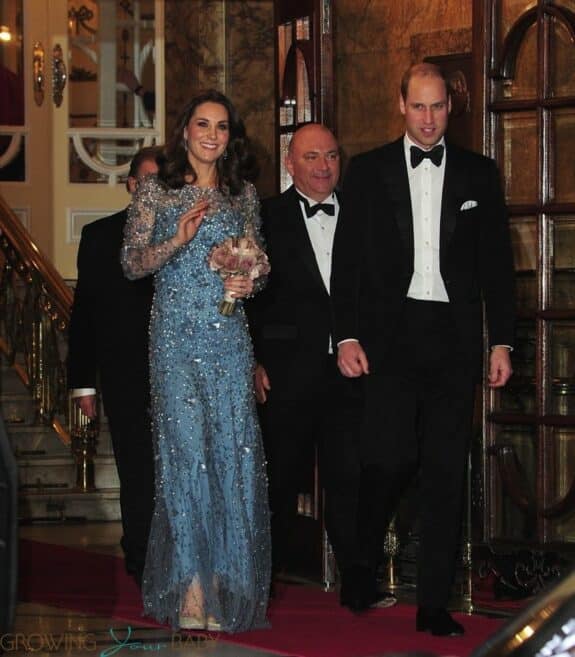 The longest running entertainment show in the world, the Royal Variety Performance is now watched by over 152 million TV viewers worldwide. This year’s performers included Louis Tomlinson, The Killers, The Script, James Blunt, Seal and Paloma Faith. The annual event is held in aid of the Entertainment Artistes’ Benevolent Fund, of which the Queen is the sole patron.

Pregnant with her third child, Kate, 35, wore a beautiful blue Jenny Packham gown that was adorned with flowers and sequins that she paired with Oscar de La Renta heels. 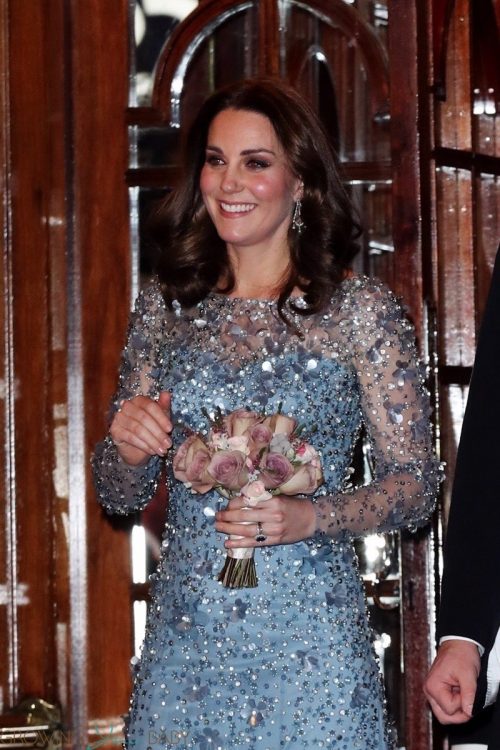 Kate returned to royal duties in October after struggling with hyperemesis gravidarum. Now 4 months along, she appears to be past her debilitating condition and is able to support the charities and organizations closest to her heart.

The Duke and Duchess of Cambridge are tonight attending the @RoyalVariety Performance. pic.twitter.com/13UXoK4Rfp