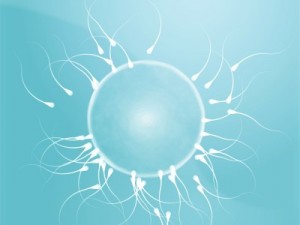 Currently, the only reliable forms of male contraception include condoms and vasectomies. While many scientists have attempted to find another safe and effective option, most have come up empty-handed. For some, the contraceptive wasn’t effective, side effects were too severe, or there was a question as to whether or not the drug would cause permanent infertility. Other male contraceptive methods have made it past the preliminaries, but they are still under development; a sperm zapping ultrasound and a gel contraceptive are the two that have received the most attention.

The problem, it seems, is that the male sperm is highly protected. A blood-testes barrier, similar to the blood-brain barrier, regulates which cells and compounds can get in or out of the sperm-producing seminiferous tubules within the testes. To make it through this barrier, the molecule has to be extremely small, but it most also be safe, and it must also be effective.

Dr. James Bradner, an oncology researcher at the Harvard-affiliated Dana-Farber Cancer Institute in Boston had been researching the compound JQ1. This compound was originally tested for its ability to block a cancer-causing gene called “BRD4,” and it has been shown to effectively stave off lung cancer and certain blood cancers, like leukemia and multiple myeloma.

Bradner knew that some drugs can have surprising secondary benefits. Viagra, for example, was originally tested for heart-related chest pain. Scientists soon discovered that it has a surprising secondary benefit. It is now most commonly used to treat erectile dysfunction. He started to wonder whether or not the JQ1 compound was small enough to break through the blood-testes barrier. And if it was, could it cause temporary infertility in men?

To test his theory, Bradner contacted Dr. Martin M. Matzuk, director of the new Center for Drug Discovery and fertility scientist at Baylor College of Medicine in Houston, and supplied him with JQ1 so that it could be tested as a male contraceptive.

To start, Matzuk and his colleagues worked to determine how much JQ1 would be needed to cause temporary infertility. They then injected male mice with the solution for 18 months. During that time, researchers found that the sperm mobility and overall sperm count of the mice had decreased. Hormone levels remained intact, however, so their sex drive was not affected. Additionally, researchers did not find any indication that the mice were suffering from the same side effects that a hormone-based contraceptive therapy would.

Once the injections stopped, the sperm count and sperm mobility of the mice returned. They were then able to produce offspring. This indicates that the JQ1 compound causes only temporary infertility, unlike other formerly tested methods.

“These findings suggest that a reversible, oral male contraceptive may be possible,” Bradner said in a written statement. “While we will be conducting more research to see if we can build on our current findings, JQ1 shows initial promise as a lead compound for male contraception.”

And while it’s unlikely that we’ll see JQ1 anytime soon, Bradner and Matzuk are hopeful that they can move the drug through the testing phase as quickly as possible.

“My hope is within the next 10 years, there will be a drug on the market for men,” Matzuk said in an interview with U.S. News & World Report. “There have been some pharmaceutical studies that have gone from having a target [like we do] to having FDA approval within six years. I don’t see any reason why this can’t be one of them.”