Selma Blair was spotted juggling her son Arthur Saint Bleick after a shopping trip at Bel Bambini in West Hollywood on Wednesday(May 30). 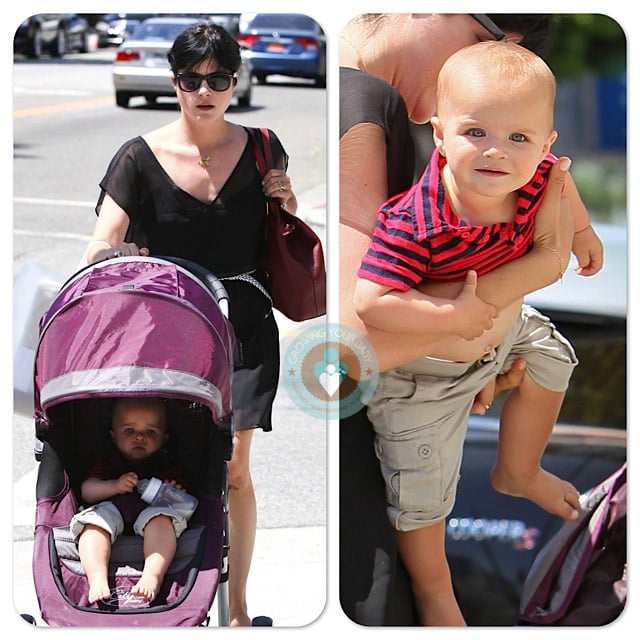 Mr. blue eyes was barefoot cutie in a red striped shirt and khaki pants.  Not fazed by the attention, he looked right into the cameras as his mom attempted to get him in to her SUV.

Selma is set to appear along side Charlie Sheen on his new show Anger Management when it premiere’s on Thursday, June 28 on the FX network.  Loosely based on the Adam Sandler, Jack Nicholson 2003 movie, Selma has been cast as Sheen’s therapist, Kate, a character described as beautiful and neurotic, envisioned as a love interest for him.

We look forward to seeing her back on the small screen!