Rebecca Davey, 18 has caused outrage and caught the attention of Social Services after she posted a picture on Facebook of her six-month-old son with an unlit cigarette in his mouth. 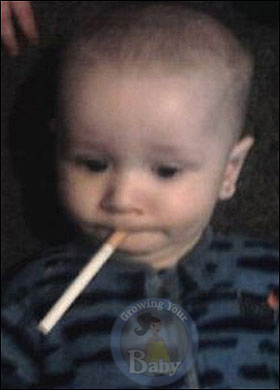 A online friend reported the inappropriate photo to police who then followed up with a visit to the teen’s house. 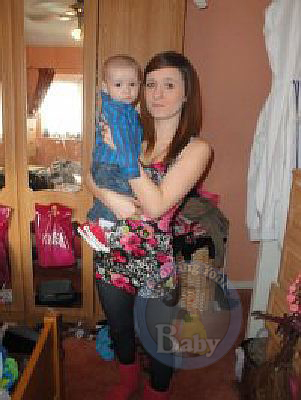 While they found there was ‘no immediate concerns’ for the child’s welfare, Social services has now also made inquiries.

Rebecca then updated her status to read: ‘Some w***** reported me to the police abwt picture off ollie.’ and then she declared her love for her son, writing: ‘Why Would SomeOne Do That To Me U Ollie No was taking U Yur Mine for lyfee Darlinggg Mummy Loves You :)’

But another said: ‘What chance has the kid got if the family behave like this?’

The photo has since been removed.