Home » Study: Dads are More Involved in Parenting than Some May Think

Decades ago, mothers were considered nurturers and dads were considered the primary breadwinners. But then things started to shift. War broke out, women started to work outside the home, and some of them realized that they really enjoyed it. The world hasn’t really been the same ever since, and there are a lot of reasons that’s actually a good thing. One such example, fathers and their relationships with their children. 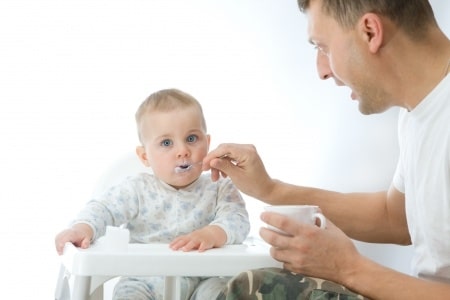 There are many studies that have pointed out the importance of a healthy father-child relationship. In recent years dads have really changed how they parent their kids. Just like mothers are no longer pigeonholed into being the primary nurturers, fathers are no longer primarily breadwinners.

Of course, the general perception of how families have changed can be a bit slow to catch on. In film and on television, you’ll still see the dad that’s too busy with work to play with his children or detached to even bother with changing a diaper or putting his infant to bed. Truth be told, this has never been a ‘common’ issue. Even when fathers were the primary breadwinners, many of them still found time to play with or read to their children.

It is the common and continued misperception of what fathers are like – especially fathers today – that may have fueled a large government study. Started back in 2006, the nationally representative survey indicates that, not only are fathers more involved than social perceptions sometimes indicate, they’re actually spending more time with their children now than they did almost a decade ago.

More than 4,000 fathers between the age of 15 and 44 were interviewed in person between 2006 and 2010. Fathers (most married or living with a partner) reported their involvement with their children without any assistance from their partners or anyone outside their immediate families.

Of fathers who lived with children under the age of five:

Of fathers who lived with children between the ages of 5 and 19:

“Times have changed,” Robert Loftus, a father from Yonkers, N.Y. told Associated Press. Robert ended up quitting his six-figure salary job to care for his two young children while his wife works full-time. “We’re trying to rethink our priorities and family seems to be the number one priority whereas, in the past, maybe people were more focused on career…I’m doing the most important job in the world.”

Dr. David Hill, a Wilmington, N.C. pediatrician and author of “Dad to Dad: Parenting Like a Pro,” says that he’s seen the results of the study and Loftus’s sentiments displayed more often in recent years. He’s seen more and more fathers bringing their children to appointments. Some are “anxious about changing a diaper,” Hill says, but the study brings up reassuring evidence for fathers.