Home » Study: Focusing On Academics Before Age of 5 Not Beneficial 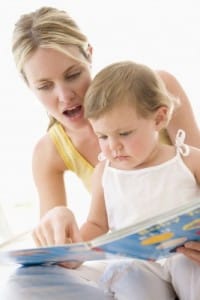 In Britain, nearly £5 billion was spent on preschool services in 2007-2008. A new study found that despite pressure to teach preschoolers how to read and write, there was no reliable boost in success from it.

In most parts of mainland Europe, children are encouraged to just play until they are 6 or 7. At that time the real academic studies begin. In Britain, however, preschools use a curriculum that is created to help young children learn to read and write more effectively. The goal is to help children gain the upper hand by starting their education sooner, particularly those in lower socioeconomic groups that tended to do poorly.

Now the Office for National Statistics (ONS) is reinforcing a change to bring preschools more in line with the rest of Europe, and moving away from early academics. According to a study of 7,000 5-year-olds, the children only did slightly better when learning to read at an early age. The findings were only 90 percent reliable, which is considered too low to be statistically credible.

The three-year study compared children who had been in preschools from the age of 12 months and those who had no formal teaching before the age of 4. The scores of the Foundation Stage Profile (FSP) taken at age 5 were compared to look for improvements. However, the children who attended preschool only had a 1.5 point gain above those who did not.

While the ONS feels this increase is significant, “on average attending early years education had no impact on any of our outcome measures”. – Summer, staff writer