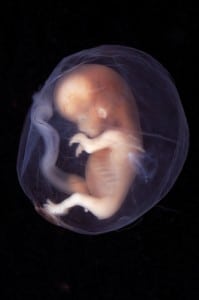 In a grave new finding researchers from the Imperial College of London have found out that over 400 infant deaths in the UK occur annually when the ultrasound scan results are erroneously interpreted as a miscarriage. The team added that shockingly more babies die this way in the UK than cot or crib deaths.

The results of the research were published in the Ultrasound in Obstetrics and Gynaecology journal. The authors noted that if doctors were not hasty to diagnose miscarriage a considerable number of fetuses could have reached full term.

Senior author, Professor Tom Bourne said that in the UK half a million women have miscarriage every year. Ultrasounds are typically carried out by a technician to measure the gestational sac size. In cases where no heart beat is found or the sac seems to be empty, the diagnosis is miscarriage. If the doctor is not 100% percent sure, he can carry out the scan again within a week to confirm the miscarriage.

The current research looked into 1000 cases of miscarriage and found that almost 400 were misread scans and they could have resulted in a viable pregnancy. This is 100 more than the number of cot deaths in the country each year.

Prof. Bourne said that a follow up scan was a must in all cases when the first scan showed chances of a miscarriage.

“Most women who have bleeding or pain in pregnancy are very anxious to find out if all is well or if they are miscarrying. They usually expect an ultrasound scan to provide a definite answer, but this research shows how crucial it is to repeat the scan if there is any possibility of error. It can be a very anxious wait but it will ensure that mistakes aren’t made.”

She adds that although the waiting period can be an anxious time for parents, it will at least reduce the chances of making errors while interpreting scan results.

Barbara Hepworth-Jones, a Trustee of the Miscarriage Association, and who has had several miscarriages says, “In one of my pregnancies I was told that a heartbeat should be seen by now and it looked as if I was miscarrying – but a week later the scan showed that the sac had grown and there was a heartbeat. That waiting is so difficult, when you prepare yourself for the worst. It also made my last two miscarriages very prolonged, as I had to have a third scan just to be absolutely sure. But at least I am certain didn’t lose a viable pregnancy.”

Prof. Bourne stressed on how important it was to be doubly sure when the first verdict was a miscarriage.

He said, “By identifying this problem we hope that guidelines will be reviewed so that inadvertent termination of wanted pregnancies cannot happen. We also hope backing will be given to even larger studies to test new guidelines prospectively,” says Bourne. “Currently there is a risk that some women seeking reassurance with pain or bleeding in early pregnancy may be told they have had a miscarriage, and choose to undergo surgical or medical treatment when the pregnancy is in fact healthy.”

Another study published in the journal by Katholieke Universiteit Leuven (Belgium) suggests that different clinicians may measure the gestational sac size of the same pregnancy with a variation of 20 percent. If the first measurement overestimated the size and the second underestimated it there are chances that the second clinician may report that no growth has occurred.

Dr. Anne Pexsters of the University said, “These errors could lead to a false diagnosis of miscarriage being made in some women.”

Professor Dirk Timmerman, co author of the research said, “We are pleased that our data have identified where these errors might occur so that we can prevent mistakes happening in the future.”

From a parent’s point of view the research only proves that scan results while important cannot be termed as the ultimate guideline to the viability of a pregnancy. It is important to wait a little, carry more tests and then arrive at a more confirmed case of a miscarriage or a well growing fetus inside the womb.