Home » Study: More Children Visiting the Emergency Room Because of Magnets than in 2002 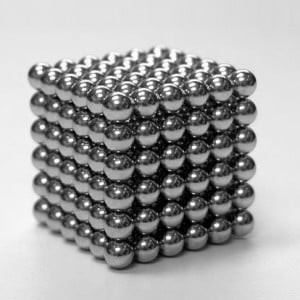 More children are swallowing magnets now than in 2002, a new study says. This was determined by looking at emergency room data from the Consumer Products Safety Commission for a subset of hospitals in the U.S. That increase, though somewhat expected, was surprising.

“We expected the numbers would be increasing, but we were surprised to see how dramatic the rise has been,” lead author on the study, Dr. Jonathon Silverman of the pediatrics department at the University of Washington in Seattle, told Reuter’s Health.

Most of the magnet incident reports related to ingestion by mouth or magnets that had been inserted in through the nose. The typical age for mouth ingestion was about five-years-old, while the typical age for nose insertion was about 10-years-old. Nose insertion did go down over the period of the study. However, ingestion had increased from about one in every 200,000 children annually in 2002 to about six in every 200,000 children annually in 2011.

Magnets can be extremely useful around the house, but they can also be dangerous for young children, Silverman says. But the worst is when children swallow more than one magnet or a magnet along with metal items.

“Especially when the high-powered magnets are ingested, there is a serious risk that they may tear holes in the intestine as they attract together across loops of bowel,” Silverman said.

That damage could lead to infection, and even death.

“I find the results from this study very alarming,” Dr. Shruti Jayachandra of the department of otolaryngology at Nepean Hospital in Sydney, Australia, who was not involved in the study, told Reuters. “Young children, particularly between the ages of 1-3 years, explore their environment by putting objects into their ears, noses and especially their mouths.”

Though the study did not look specifically at what types of magnets were swallowed, Silverman says that small but strong magnets are increasingly being found in all kinds of products. On particular brand of magnets, Buckyballs, were found to be responsible for at least part of that increase in other studies.

“Although not conclusive, this study and several others suggest that the rise in magnet ingestion we found in our study may be due to the rising popularity and availability of these desktop magnet sets,” Silverman said.

In 2012, the Consumer Products Safety Commission sued the makers of Buckyballs, Maxfield & Oberton Holdings LLC. They were to immediately stop sale and issue a recall of the product. Most retailers – Amazon, Urban Outfitters and Brookstone – all agreed to stop selling the products, and the company did stop making them. However, there are still retailers selling these products – Etsy, for example. Additionally, any parents that may have purchased them prior to their recall may not be aware of the dangers.

If parents ever suspect that their child has swallowed a magnet, Silverman says they should see a doctor immediately. An X-ray will help determine whether the child need surgery or if the child can simply be observed, while keeping magnets and other metals away from the child until the magnet passes through the digestive tract.

Silverman also says that parents should be mindful of magnets and other dangers, like the ominous button batteries that are found in almost every toy now on the market. Though many manufacturers have tried to increase the safety of their products containing such dangerous devices, they are still around, and more needs to be done to protect children from them.

“On a larger, public health scale, increased regulation and enforcement of safety standards may be necessary to drive down the availability of these dangerous toys,” Silverman said.