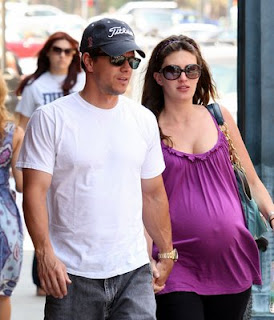 UPDATE: The baby’s name has been revealed as Brendan Joseph

Originally posted on Sept 19: Congratulations to Rhea Durham and Mark Walberg on the safe arrival of their third child!

The couple’s third child, a boy, arrived on Tuesday in Los Angeles.

The longtime couple, who plan to marry soon, already have a 4-year-old daughter, Ella, and a 2-year-old son, Michael.

While Mark and Rhea are thrilled to add another boy to the family, he recently told US Magazine daughter Ella “was extremely disappointed when she found out that we were having a boy — she wanted a little sister.”