Home » Valentina Visits Salma On The Set Of Her New Movie

Valentina Pinault joins her mom on the set of her new movie ‘Grown Up’ in South Berkshire Massachusetts.

The toddler appears to be having a blast as she runs around the set playing with the other actors and mom’s bangles. 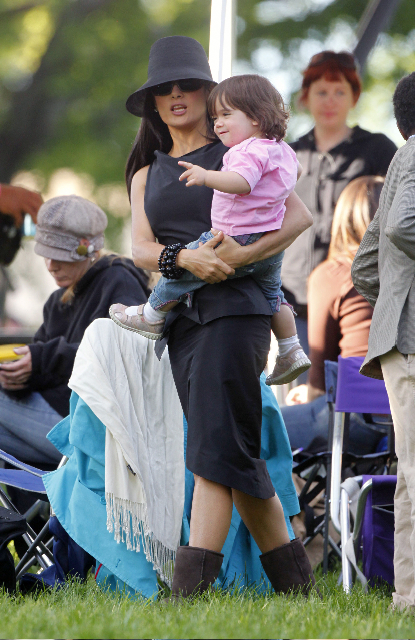